My Version of the famous Christmas Truce ...


Not all units fraternized with the enemy during this period, but most did so.

Among those that chatted and exchanged what meagre gifts they had in no man's land, were the 1st Royal Warwickshire (10th Brigade) and the Saxon 134 Infanterie Regiment (89th Brigade). The area - Ploegsteert Wood, south of Ypres (or PLUGSTREET and WIPERS  to the average 'Tommy').


The figures are all from (my beloved) 54mm Airfix Multipose with a head from Italeri and V.P.

I have adorned my young subaltern with an old 'rag' for a headdress and placed a metal studded club in his hand. I think it gives him a mediaeval look as he emerges from his aptly named hovel.

The sentry wears his impractical peaked cap but has tried to improve it by means of a childs cardigan. He has been lucky otherwise with a pair of waders and an animal skin winter jerkin (aka - teddy bear or stinker... for obvious reasons).

As for our 'Jerry', I've given him his Saxon 'Rock' with cuffs and Waffenfarbe.

All figures are a bit red in the face - two from the cold and one from Schnapps ;-)


The trench shown here is of the early type.

It offers no real protection and is quite a ramshackle affair with 'borrowed' materials from civilian houses/farms to strengthen the walls (revetment). It is also too narrow and offers no proper drainage. Only with the intensity of artillery fire did the trenches become deeper and more complex.


The idea itself came from a very old British comedy film I had seen as a boy.

This of course was taken literally by the British sentry who replied from his decrepit hole in the ground ..."NOT FROM UP THERE MATE".


I admit that my yuletide scene is far from perfect ... there are no bright colours or expensive figures/accessories.

What the work does offer, is the message:  "make the best out of what you have".


A hundred years ago a few groups of men did exactly the same, in fighting conditions that today we cannot imagine to find ourselves in.

They also called a truce and for a few moments in that cold, wet Hell - it was made and recorded as an example to all in trusting your fellow man.
The Christmas Spirit ... well he's no more than a 'spook' that turns up once a year. It's his job to come and go and he's been doing it free of charge for a long time now, so it's futile trying  to buy him ... all you have to do is let him in.


So, to all 'Bucketiers': " Frohe Weihnachten " from the Château Ploegsteert ... 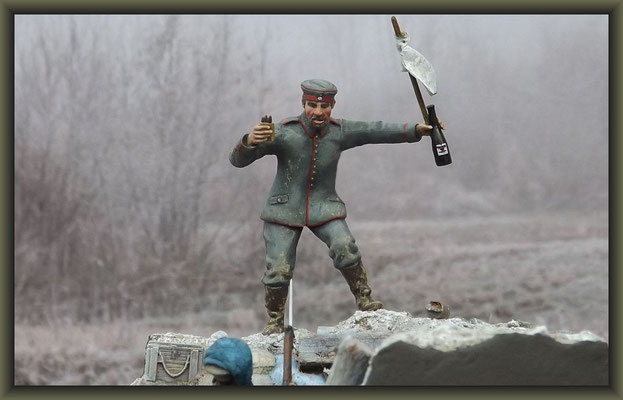 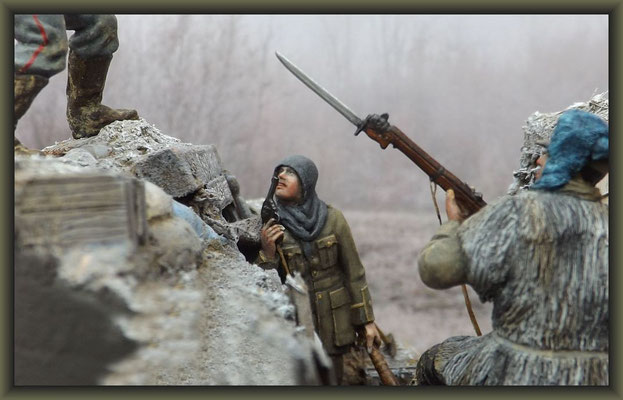 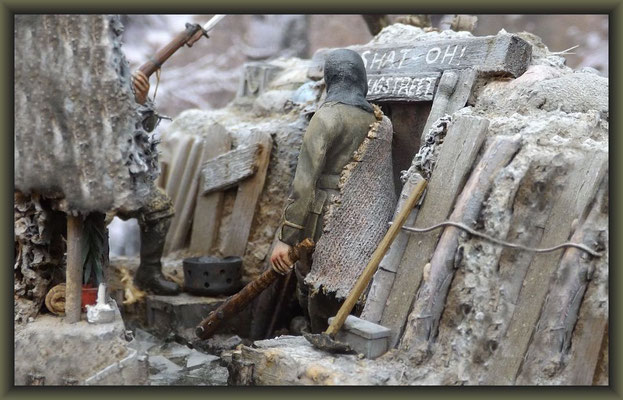 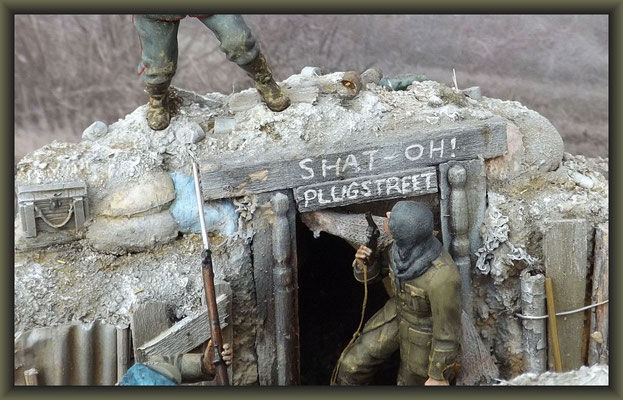 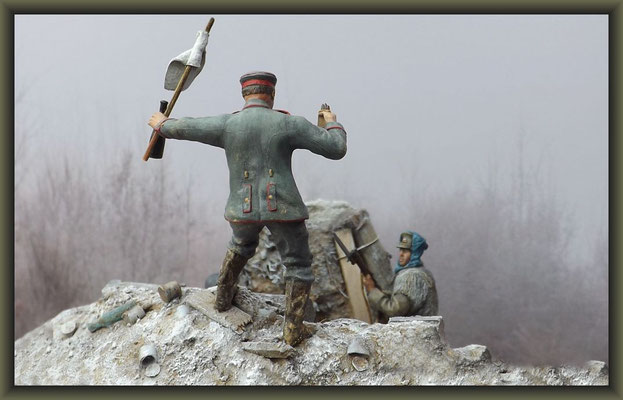 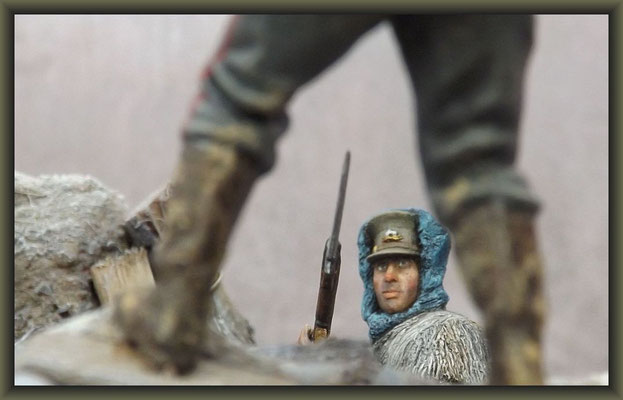 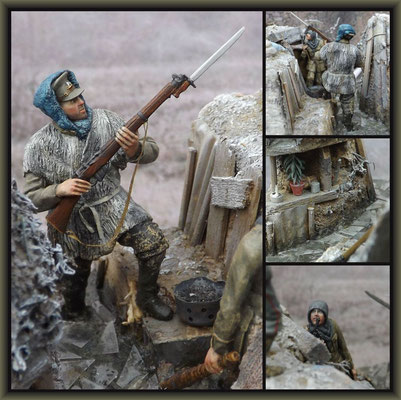 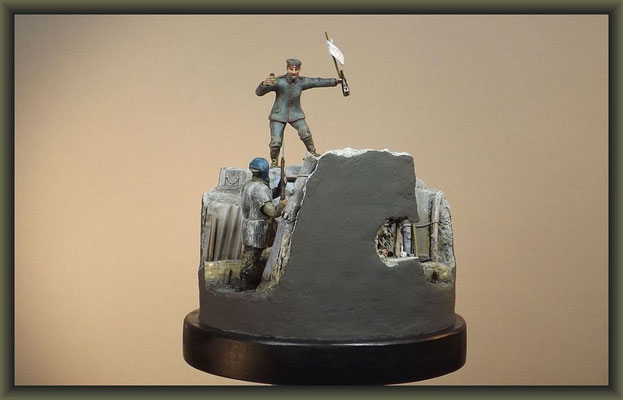 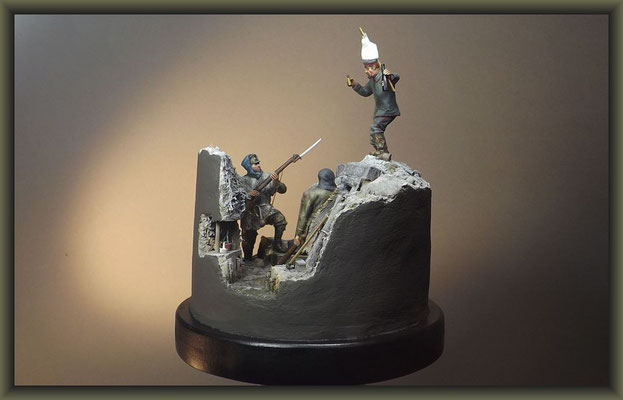 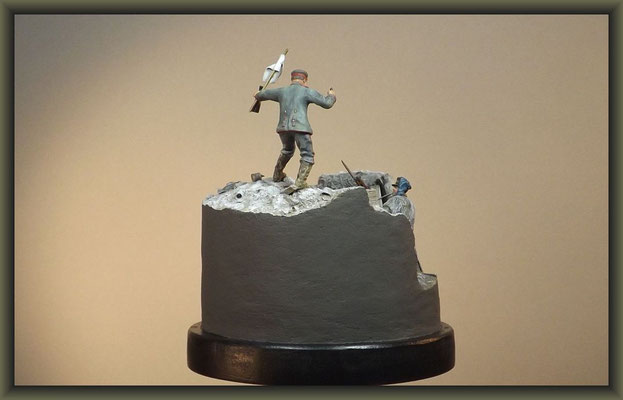 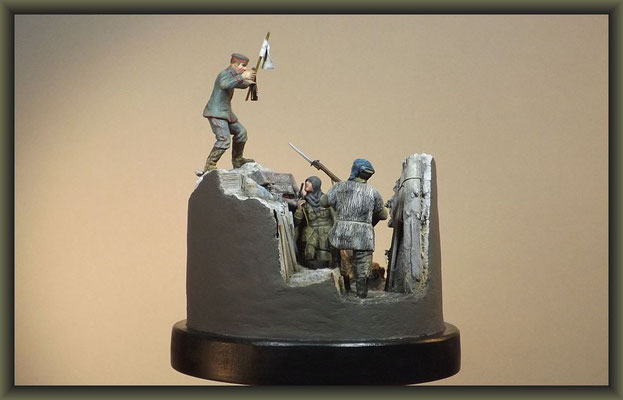 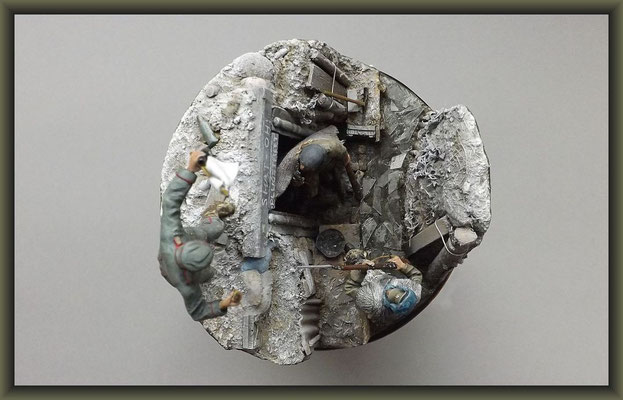 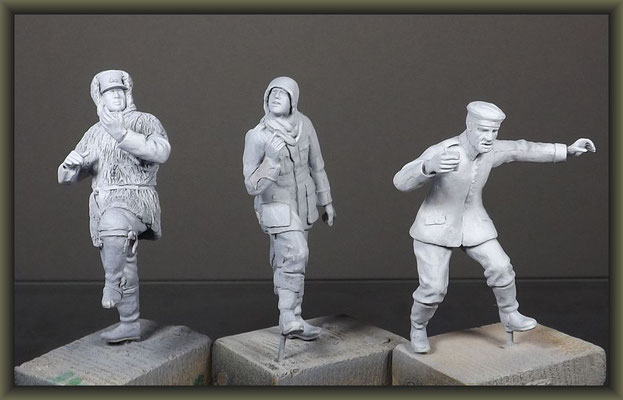 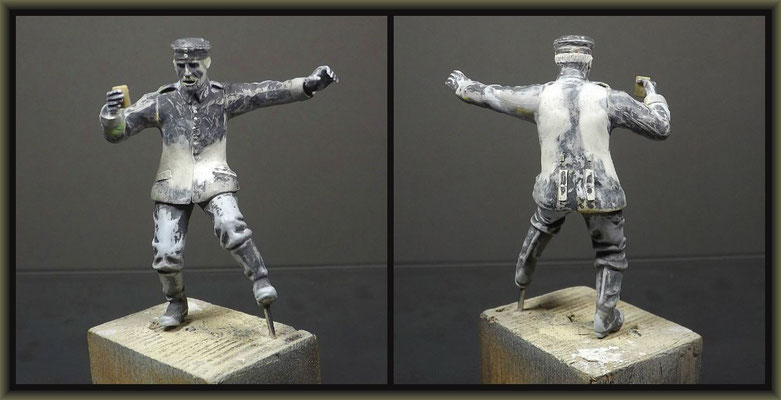 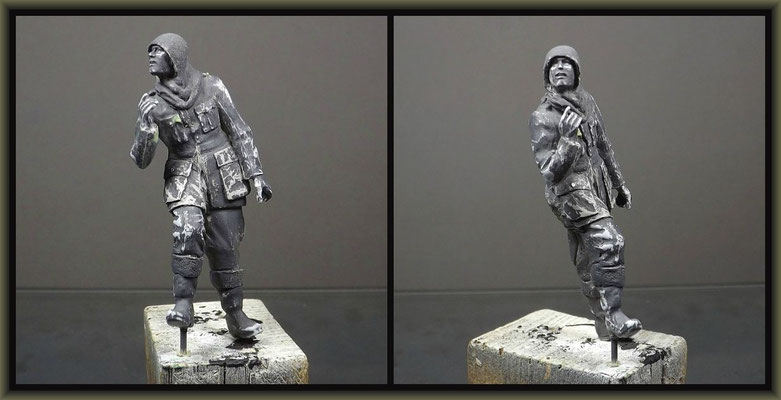 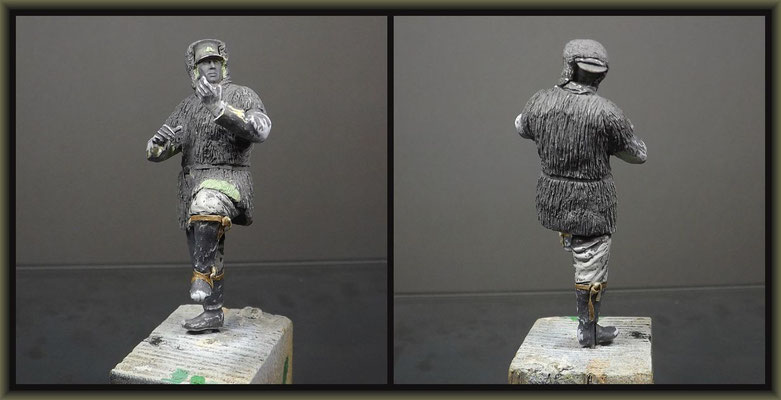 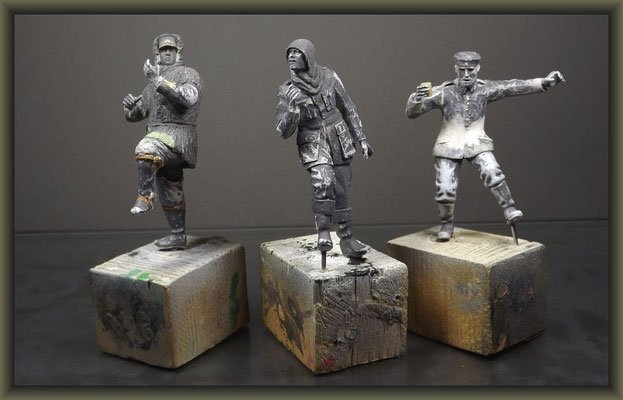 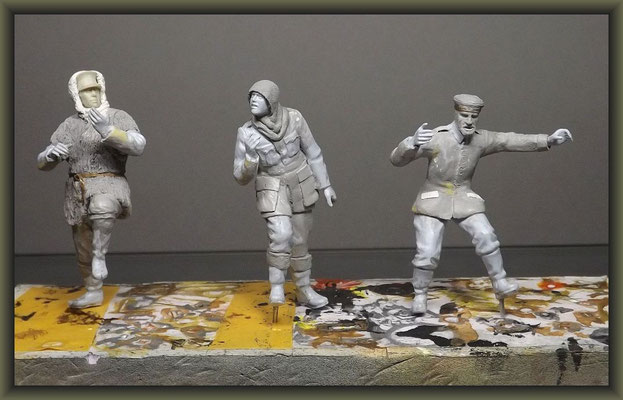 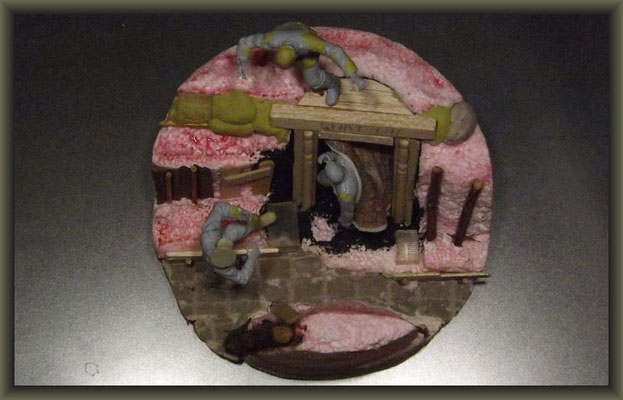 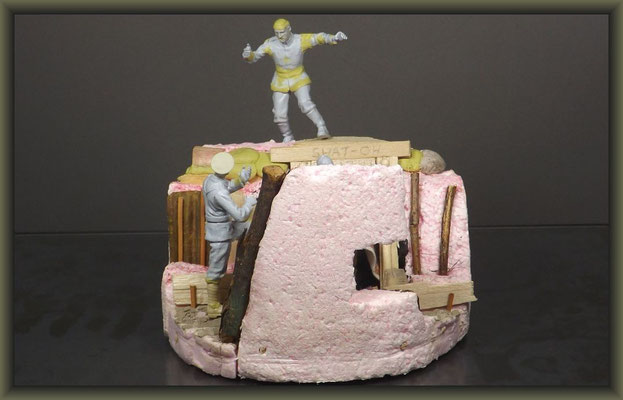 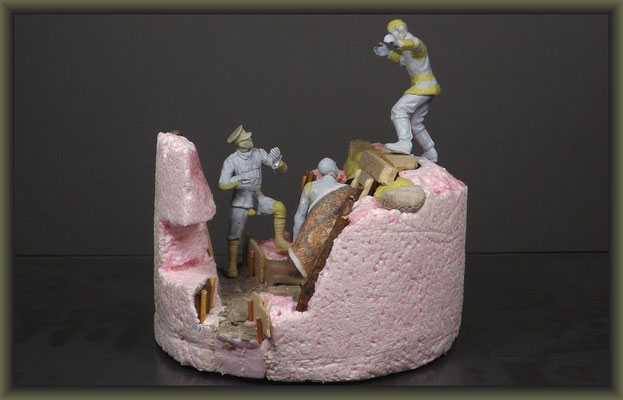 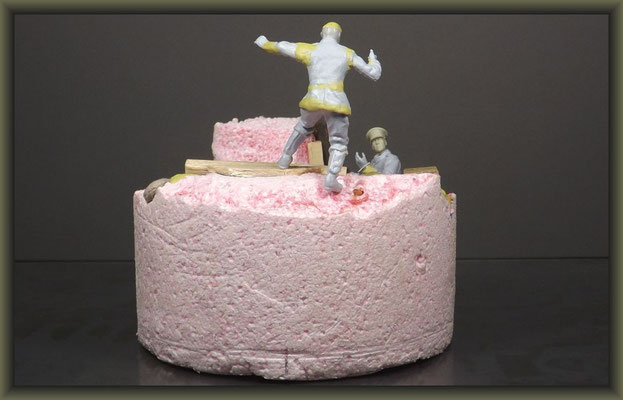 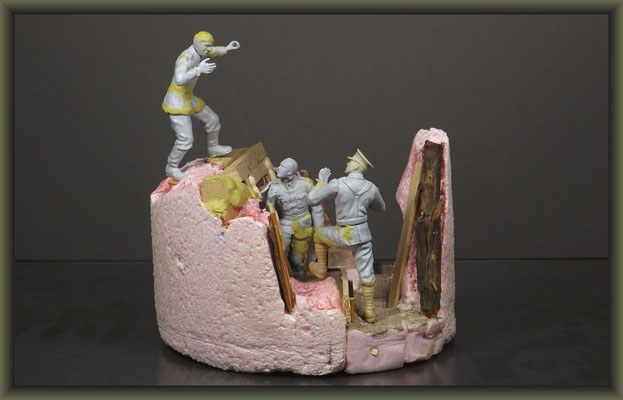 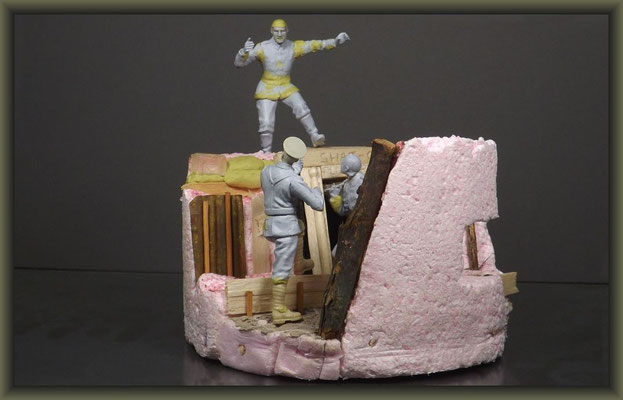 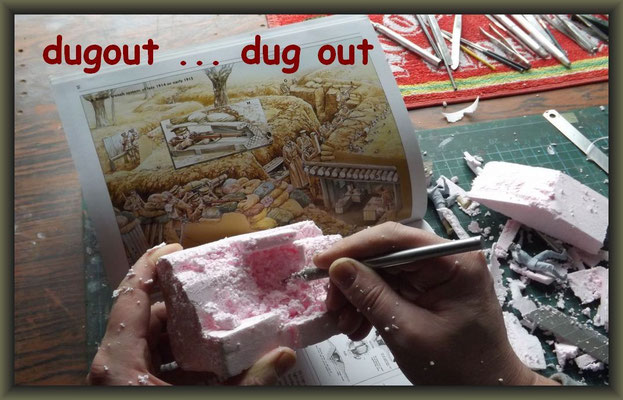 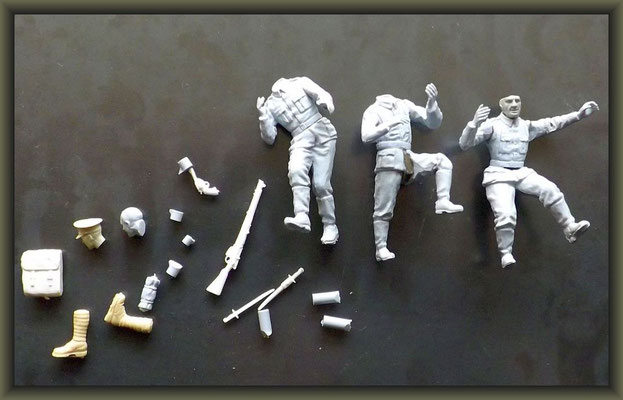