Encouraged by their sucsess at Messines Ridge, the B.E.F. organized an offensive to begin at the end of July.
The objective this time was the ports and German U-Boat pens along the Belgian coast. In order to achive this, a fast breakthrough East of Ypres was planned with a flanking movement North before the Autumn.

"The road to hell is paved with good intentions" and so the Third Battle of Ypres, to use it's official title, was initiated on the 31st July. Running into a flexible enemy defence, underneath very heavy rains, the attack became bogged down - literally.

It ended some 13 weeks later, nowhere near it's goal and with high casualties (244.897 Allied, 8,525 French and 230.000 German).
To make matters worse, the artillery on both sides ruptured the surface of the ground, causing the subterranean water of the Kemmel Sands to rise and flood the area. In this porridge-like environment it must have seemed to those involved, that the Belgian coast had come to them. The Germans used mustard gas for the first time, just before the battle with devastating effect. This combined with British chlorine/phosgene gases, unburied dead and struggling transport made the collection and supply of drinking water extremly difficult. Men and mules met horrendous deaths sinking and drownding in the myrad of filthy quagmires.
The 'real estate' captured for all this suffering? ... 50sq miles of poisoned bog.

On the 6th November, the battle was brought to a close with the Canadian Corps capturing the last objective - a shattered village who's name has become a byword for the slaughter and misery of the Western Front … Passchendaele.

At first I wanted to build a diorama of this (in)famous battle, but during my research I came across the story of a Canadian soldier, who whilst stumbling over the empty landscape, came upon a willow shrub. To him it seemed to be the only living thing on Earth and he was so taken in by it, that he sat down to stare at it in amazement.
I cannot trace the site that I found with his narrative (and unit) but whoever he was his story has stuck with me. I like the idea of looking for something good, no matter what situation your in.

I've made my figure a member of the 43rd C.E.F. (Cameron Highlanders of Canada) and have included a few 'scraps' of a Mk IV tank as a link to their fate during the campaign.
The disinterred remains of a German soldier dates back to 1914, I could have left this V.P. Detail out but I needed more contrast to the willow (life and death). I would'nt say I'm a religious person but I thought, I'd 'comb' the willow's branches over him in the form of angels wings, it dosn't take much to show some respect.

So then, I hope you've enjoyed me putting some light into this "dale of dispassion".
The vignette's title is something that is very special to me, but I would advise you, if you do have one … "keep it dark" 😉 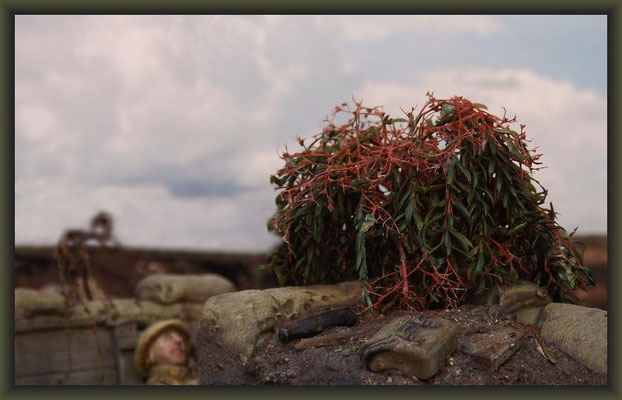 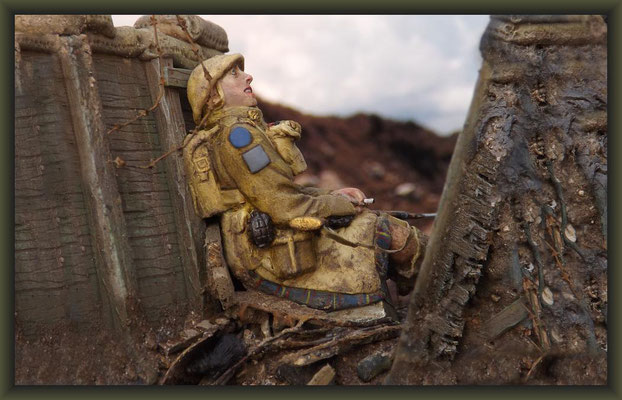 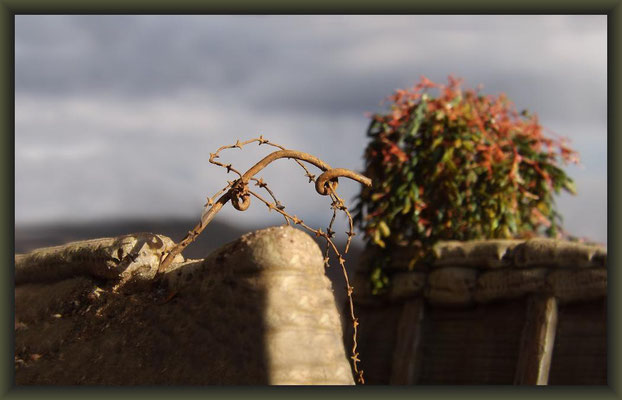 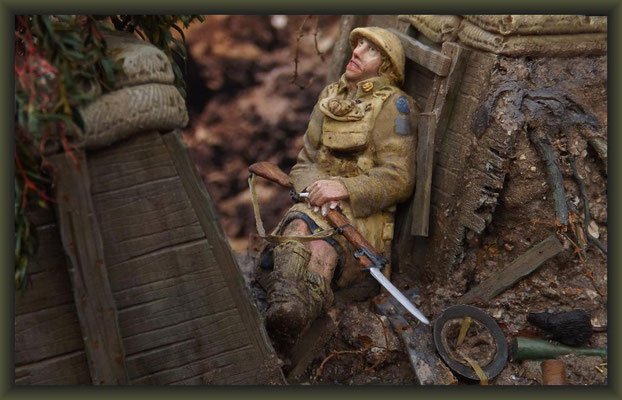 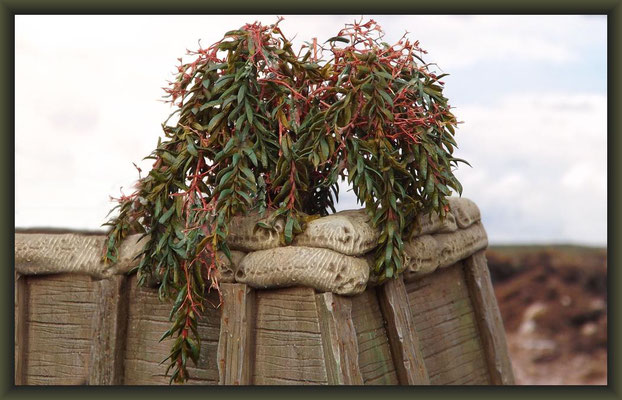 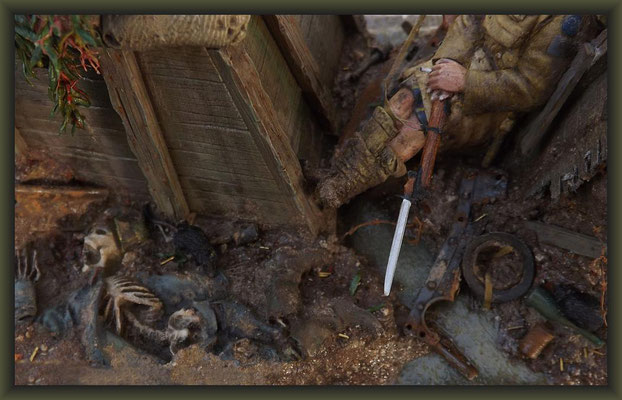 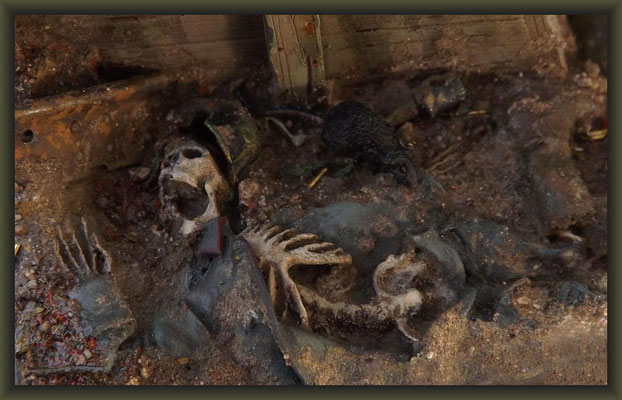 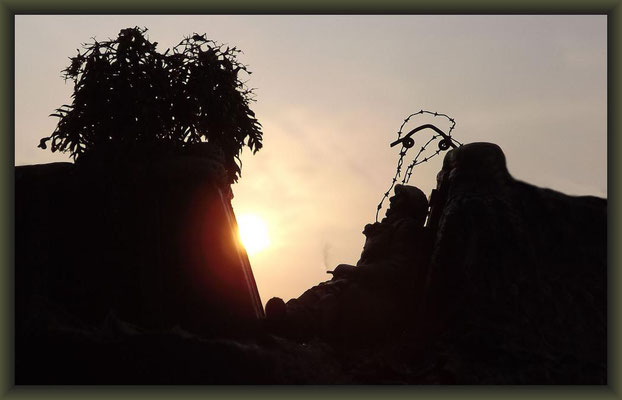 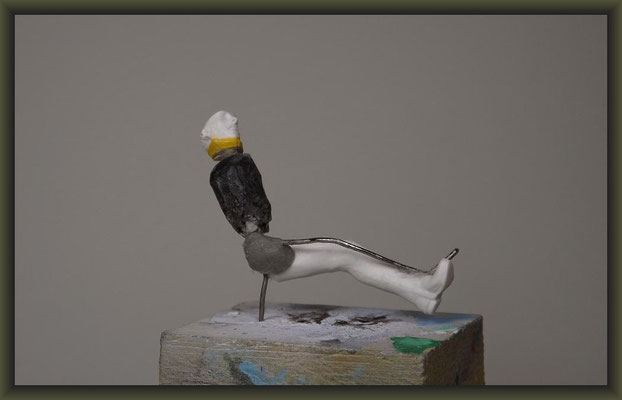 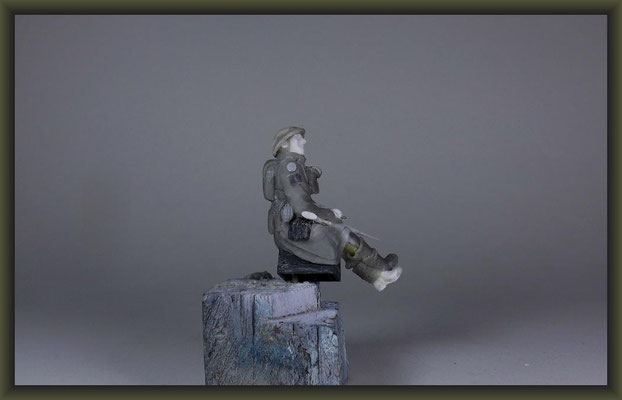 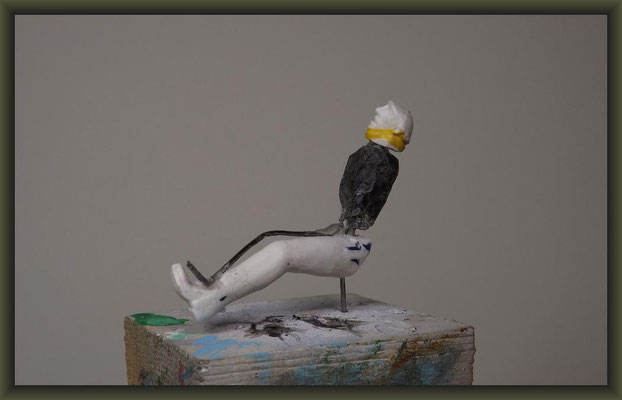 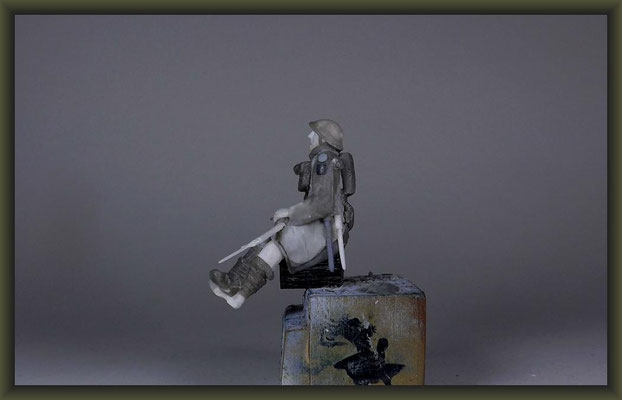 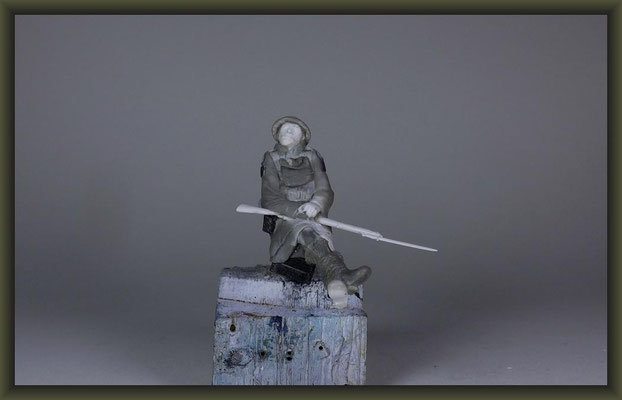 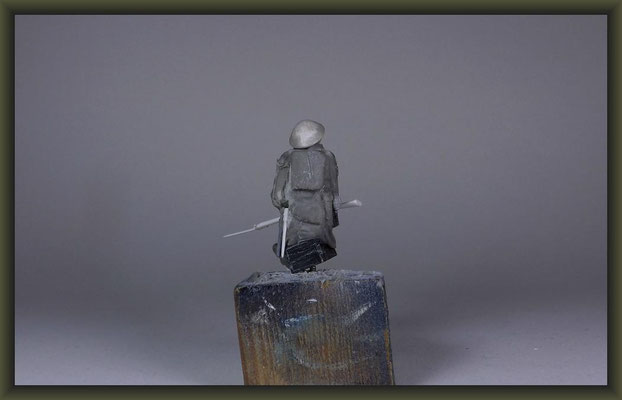 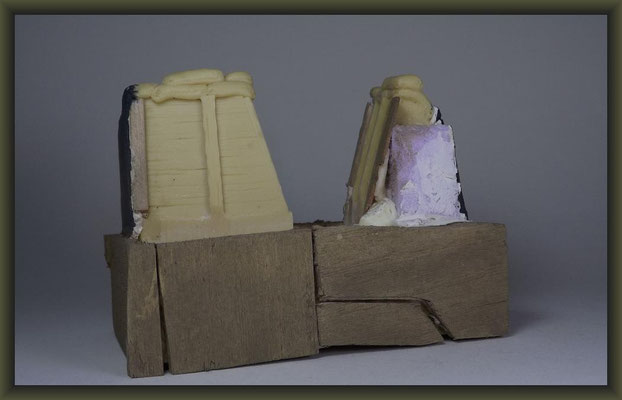 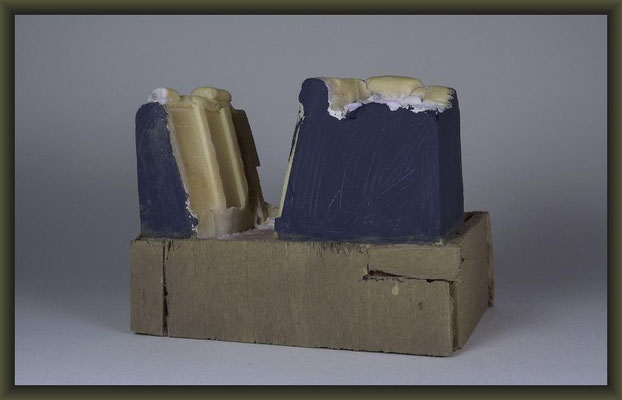