The speed of the Blitzkrieg forced the B.E.F. in France to evacuate their forces via Dunkirk.

To defend this port a series of delaying actions by various ad hoc units was improvised.

One of these such barriers was formed within the town of Hazebrouck, against elements of the German 8th Panzer Division.

The units involved put up such a spirited resistance, that the defenders were acknowledged on German radio ... a rarity indeed. 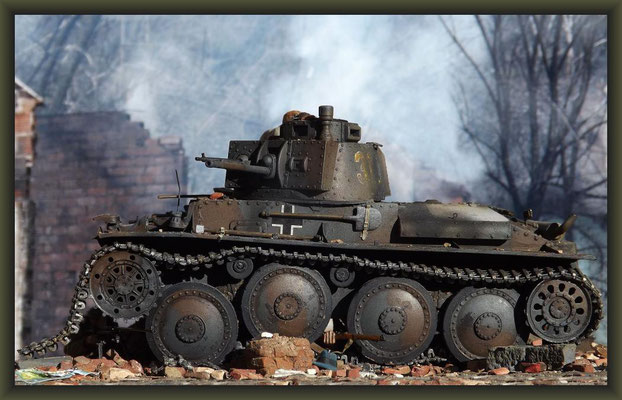 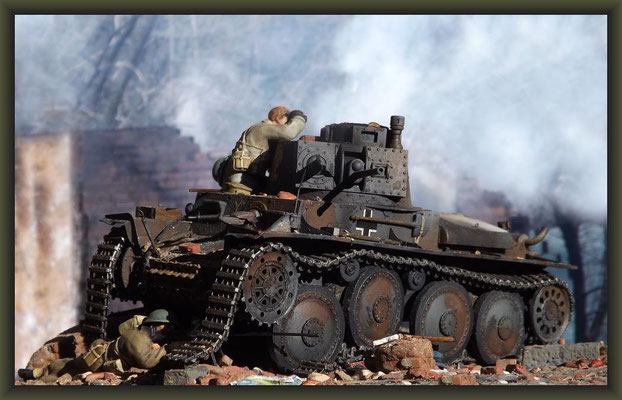 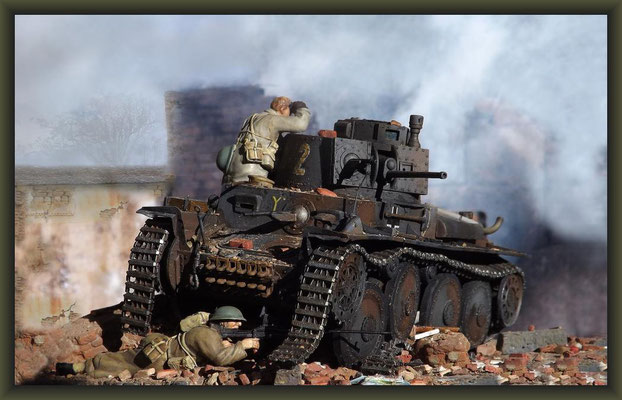 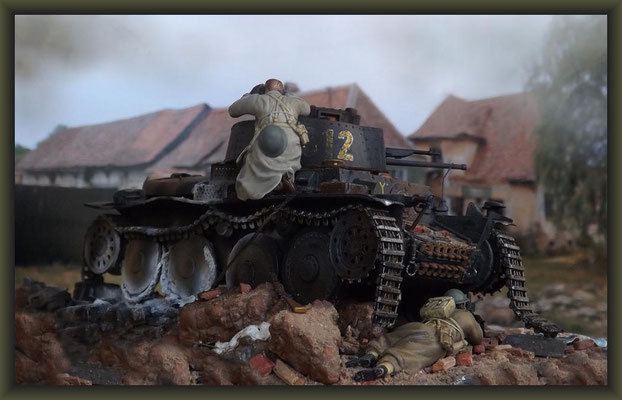 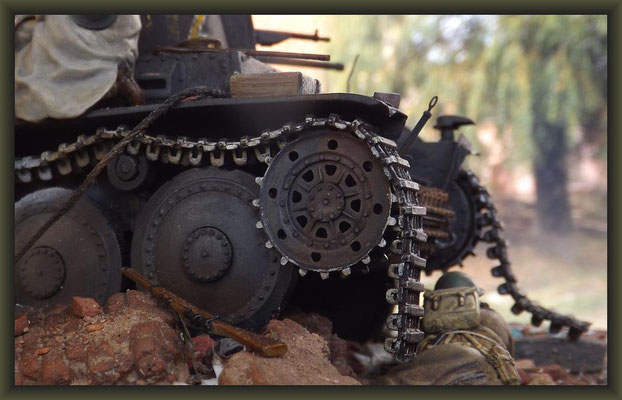 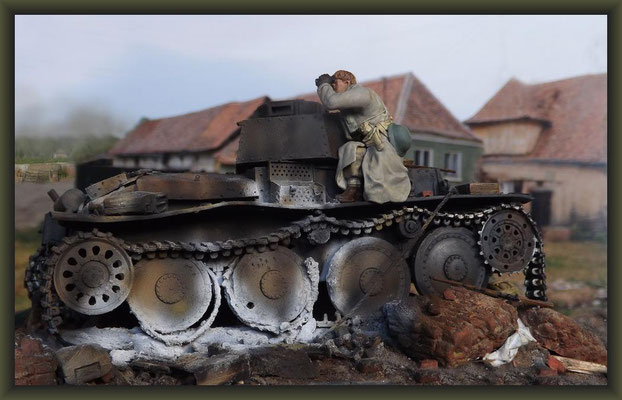 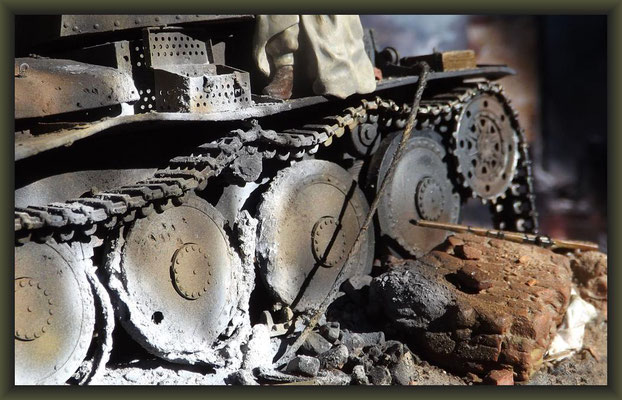 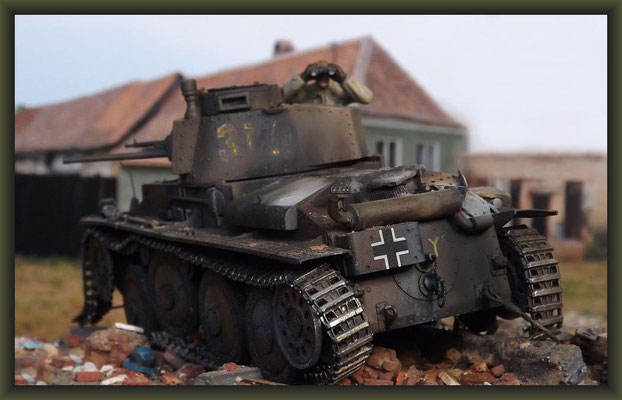 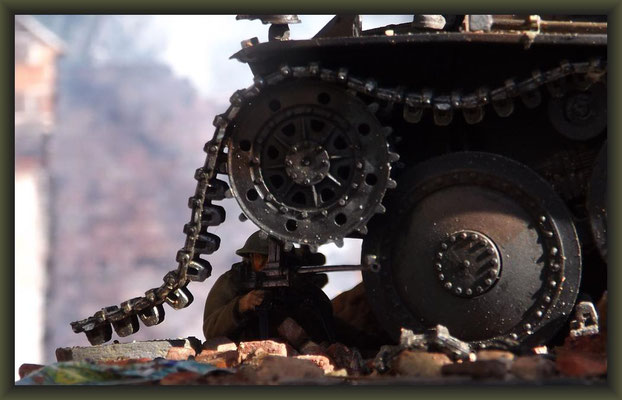 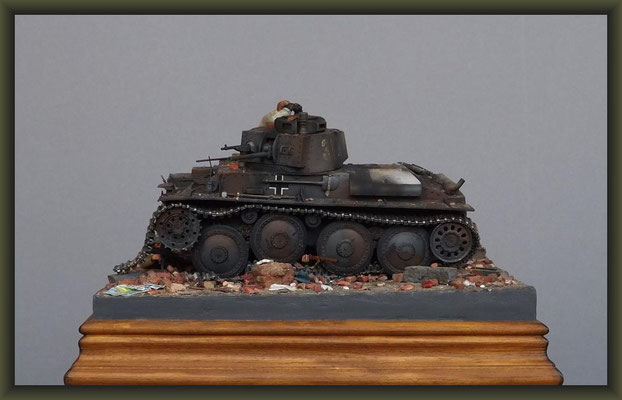 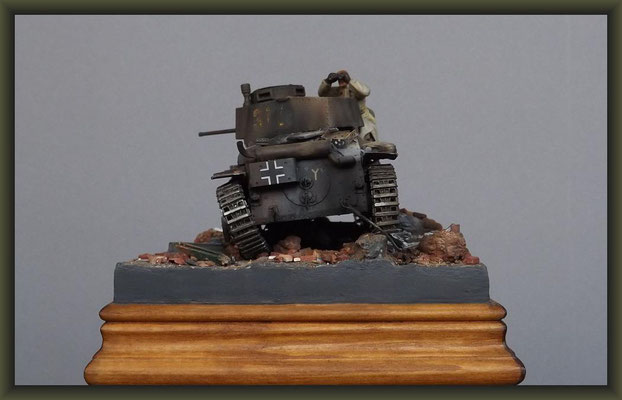 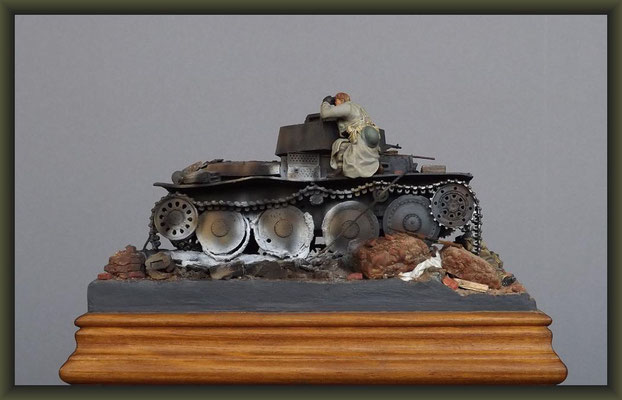 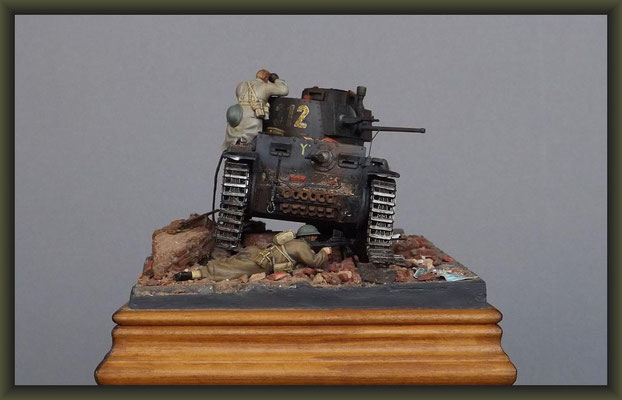 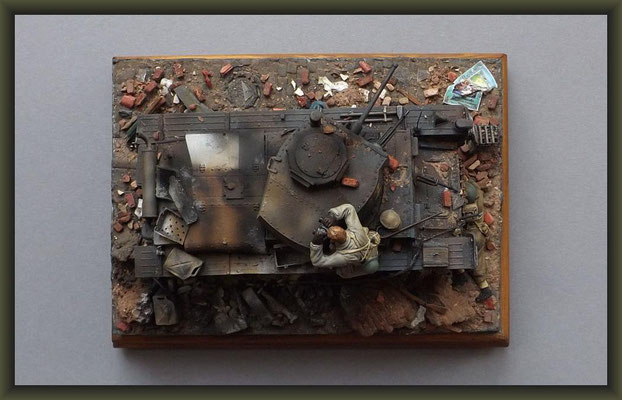 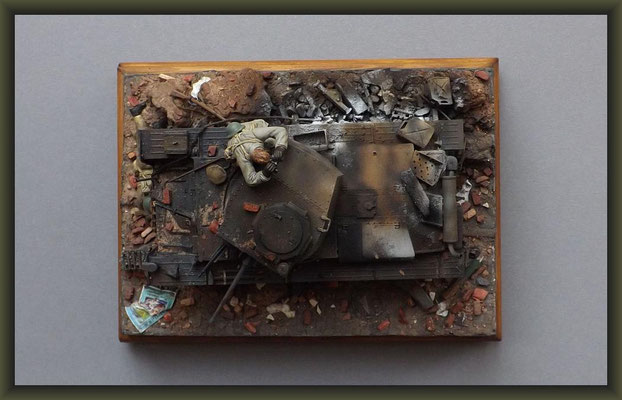 The PzKpfw 38(t) was originally the LT 38 from Czechoslovakia, hence the German (t) designation.

As you can see this particular Gun Bucket has taken a 'bit of a panning'. The old Italeri kit was used as a base with add-ons from Dragon, The Show Modelling and some 'scratching'.

However, I think by the extent of the damage on the tank it would be safe to say that it was k.o.'d by a 2 or 6 pounder. 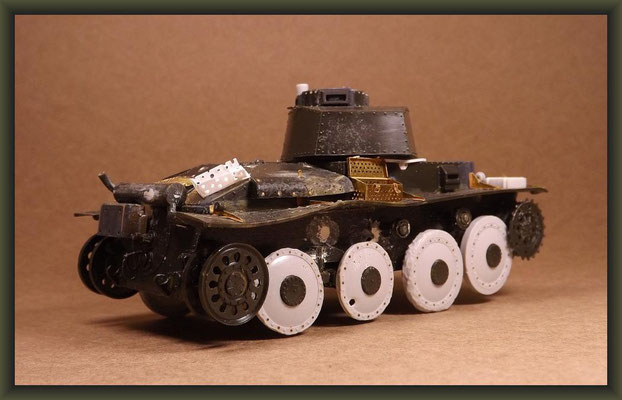 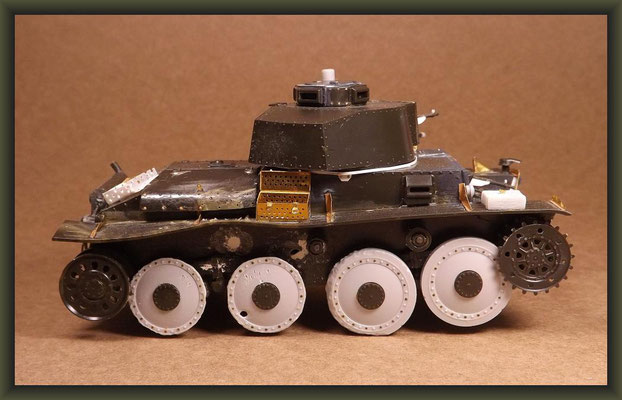 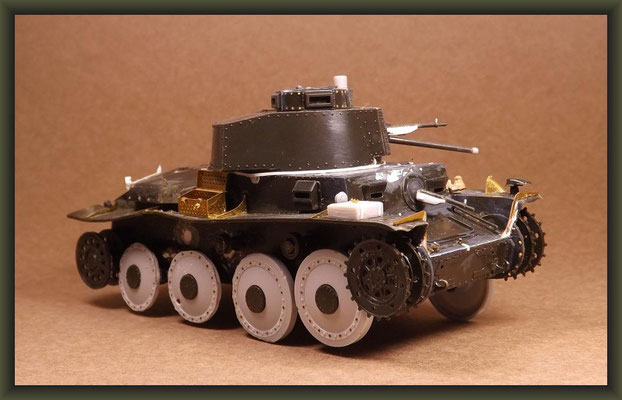 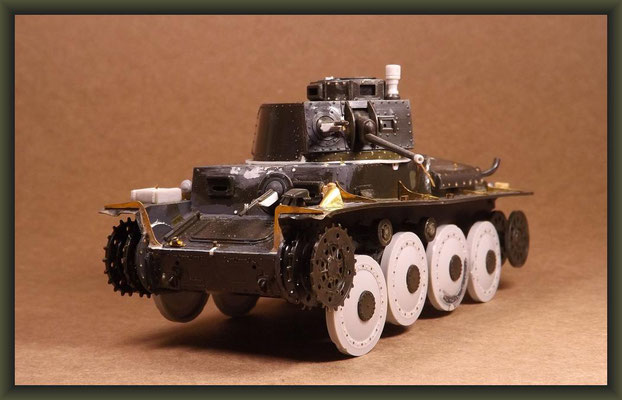 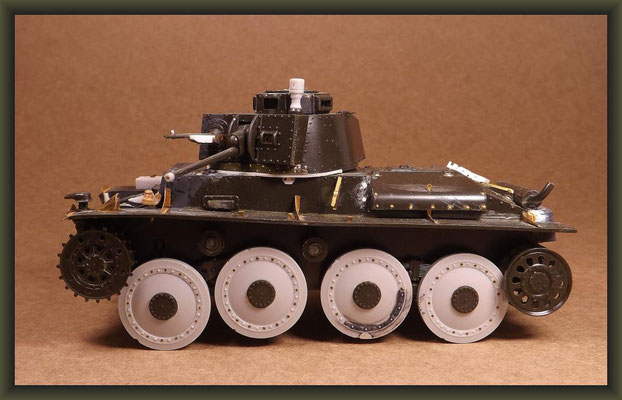 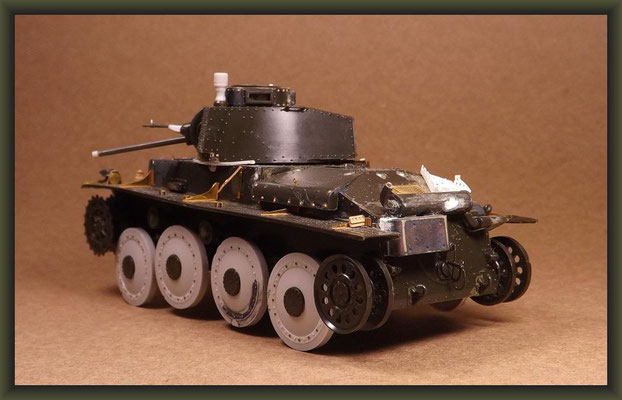 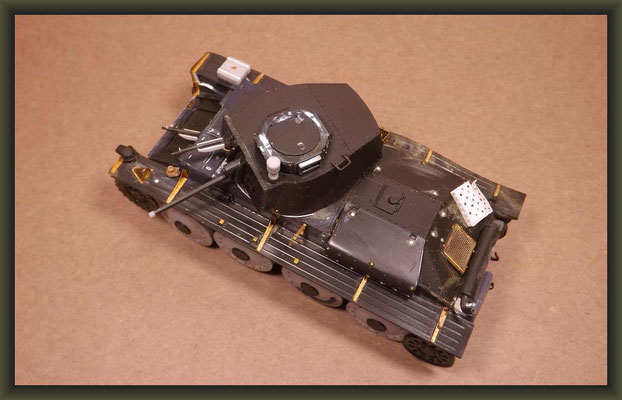 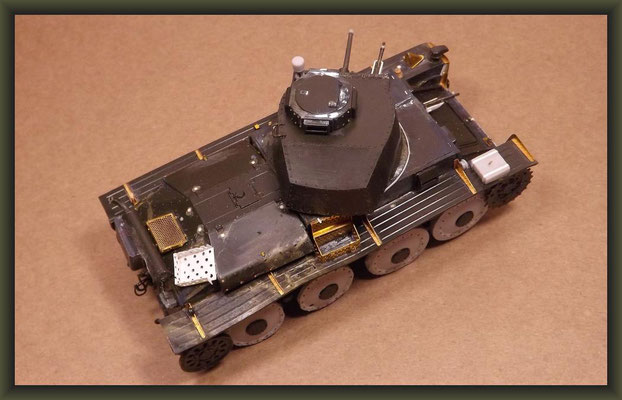 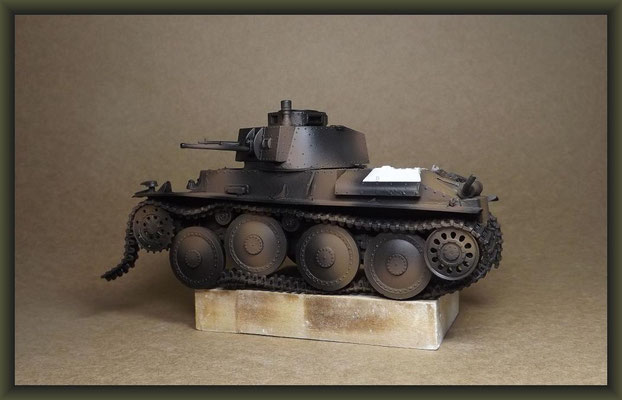 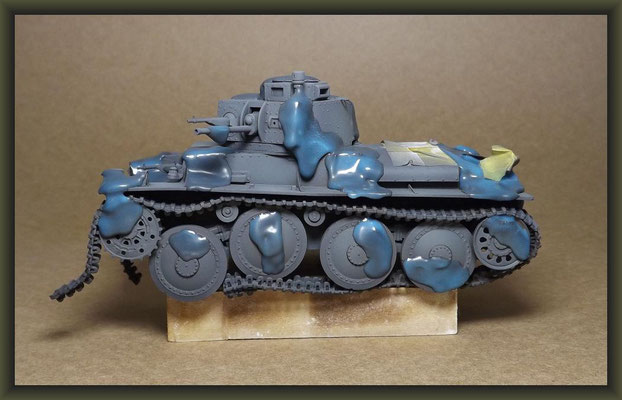 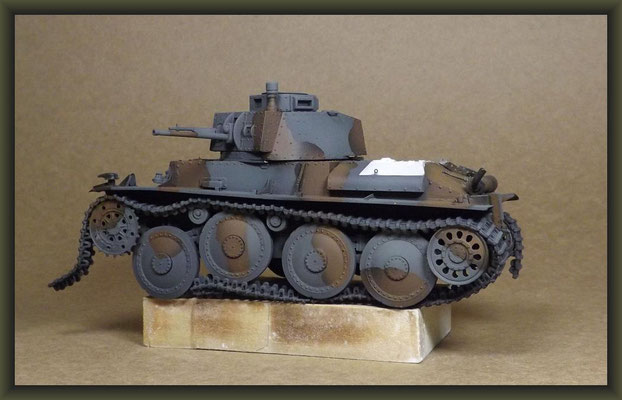 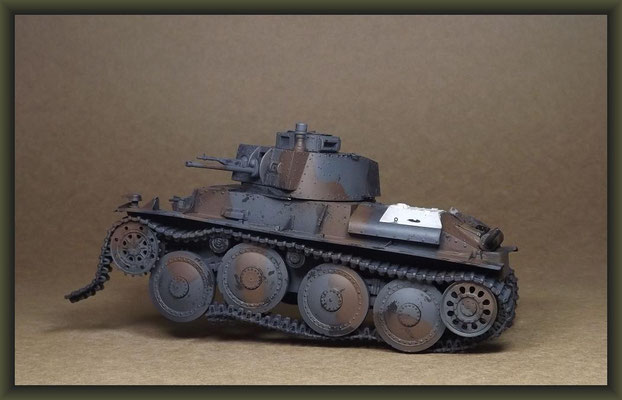 Two of the figures were 'kit-bashed' from the Dragon Vickers m.g. set, whilst the third was clobberd together good enough to fit under the hull.

Typical for the time - the Boys 0.55 inch gun. Allthough this in regard to later AT weapons looks to be rather puny, it must be remembered, that in 1940 they were a danger to enemy tanks.

The vast majority of which had less than 12mm of armour.

So then, it's time now for me to 'shut-up ' and leave you with my first closed tank in 20 years.