Don't bother looking in a dictionary for this title ... it's all made up.

I think though, that it fits the description of three Canadian Para's with a German 75mm-PaK 40 quite well.

Our 'Canucks' here are themselves anti-tank gunners. Their 6 pounder has probably been dropped into the river Dives, so it's just as well then that they were able to aquire a replacement from the opposition.
The 1st Canadian Parachute Battalion (attached to the British 6th Airbourne Division) landed on Norman soil in the early hours of D-Day.

After destroying the bridges at Varaville and Robehomme they withdrew to

Le Mesnil to join up with the rest of the Division, continually warding off enemy threats to the left flank of the main invasion force.


As another German counter attack has been beaten off, I guess you could say that in a way, both sides have been 'Getting their own back'. 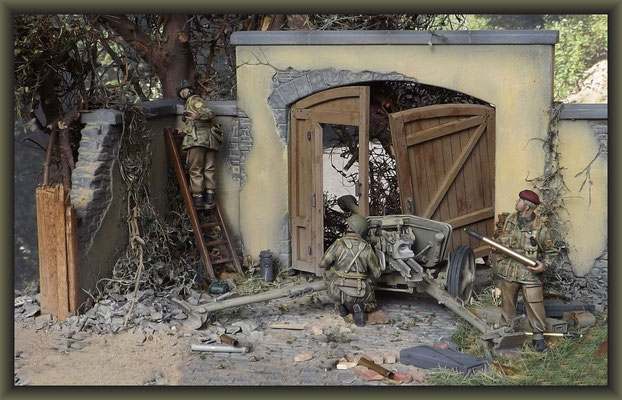 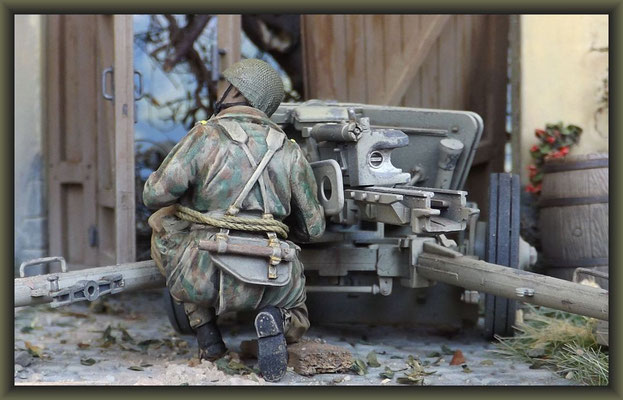 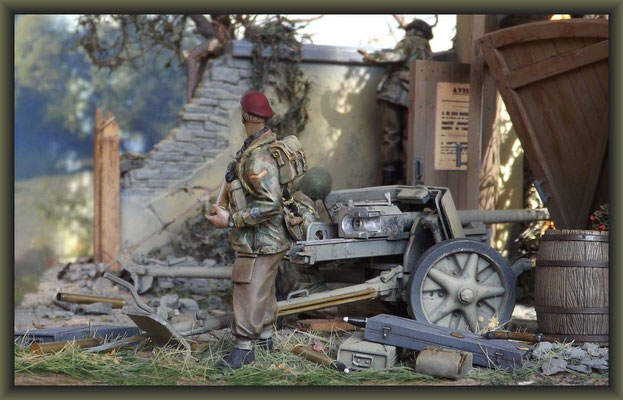 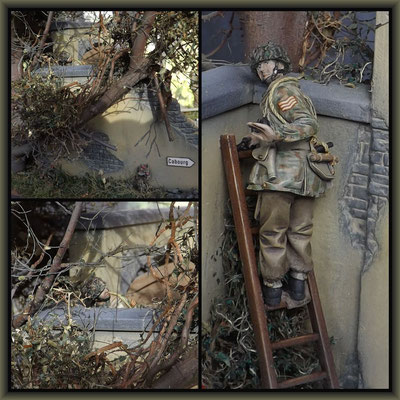 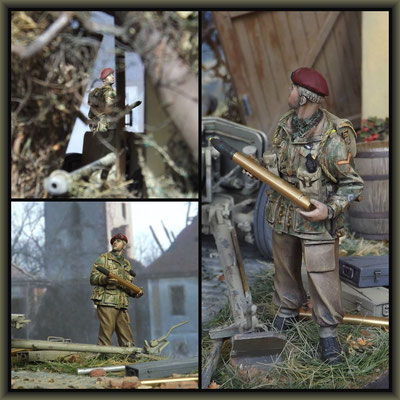 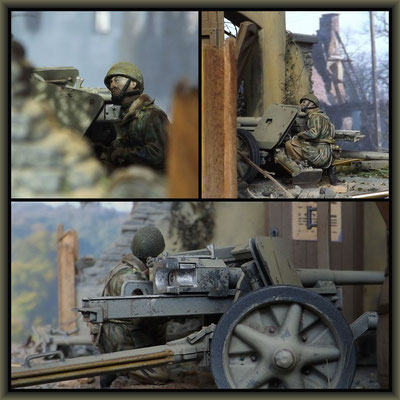 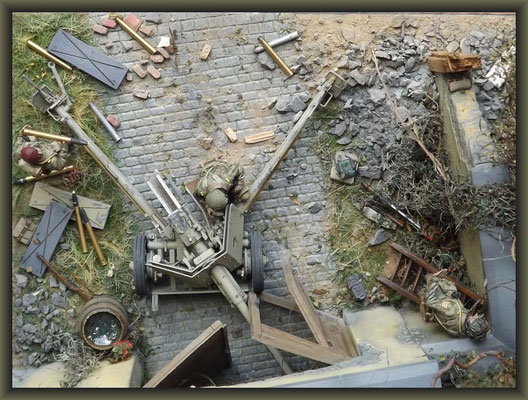 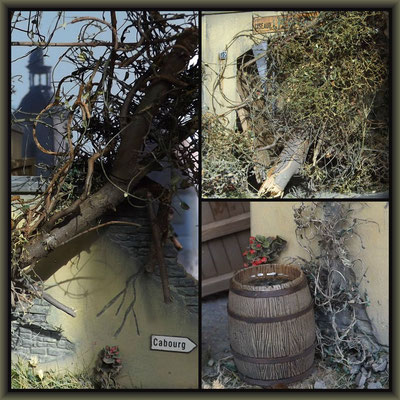 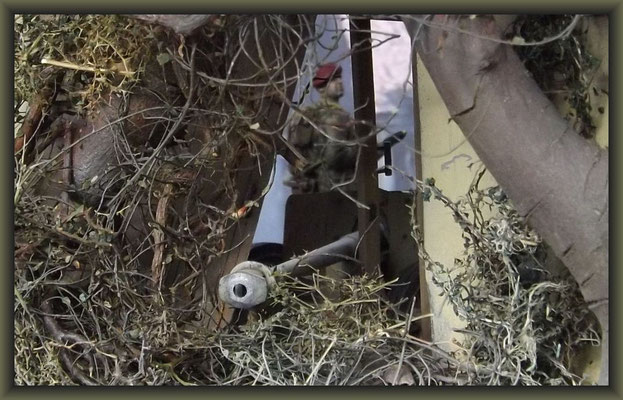 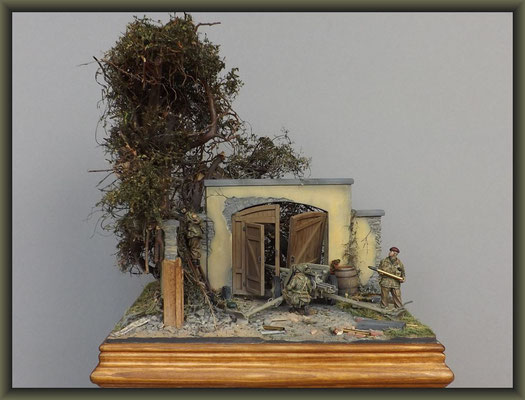 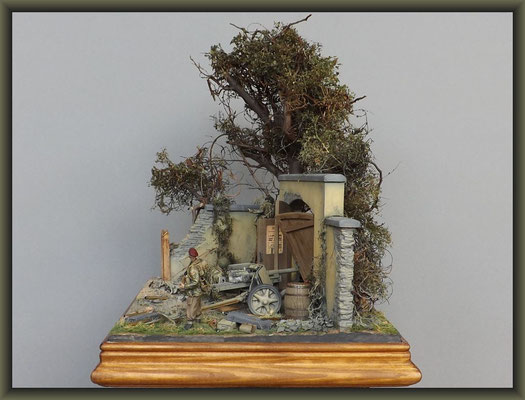 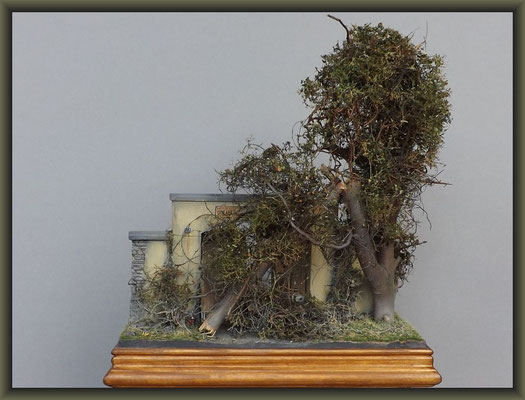 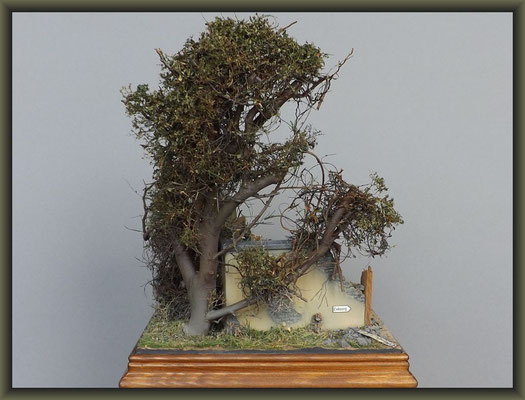 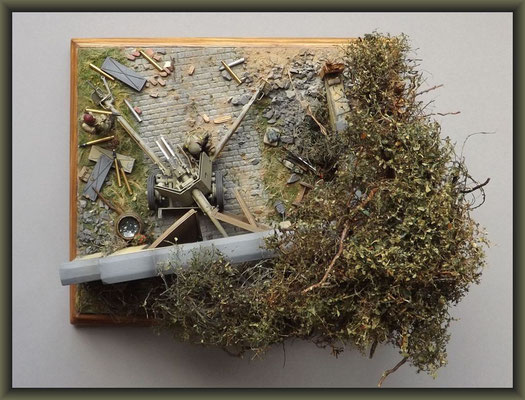 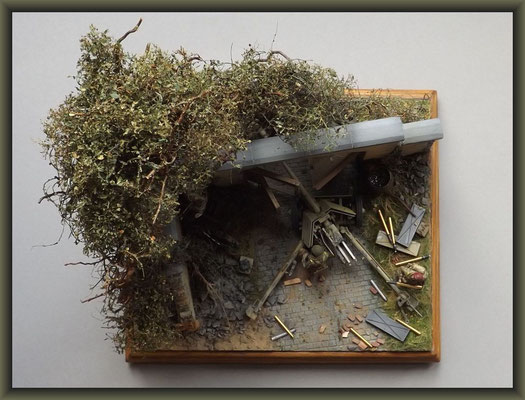 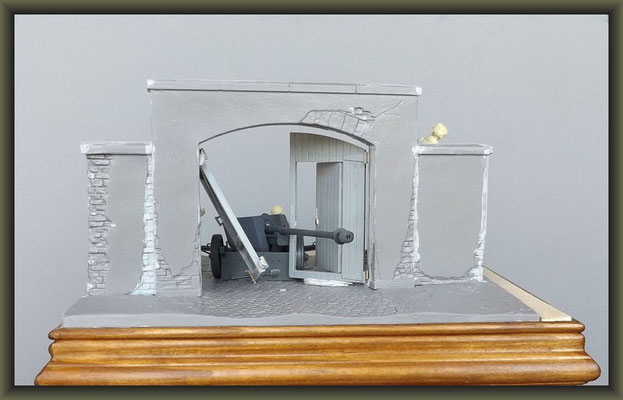 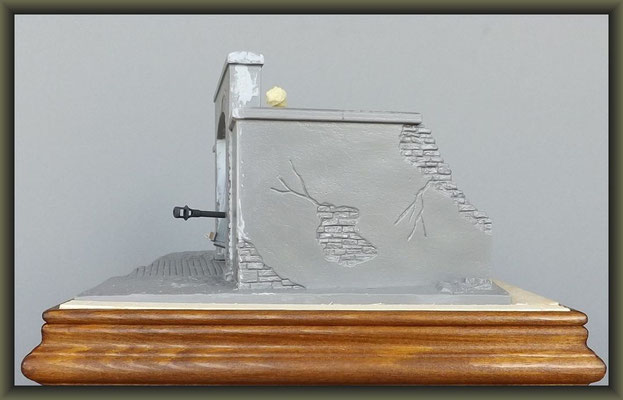 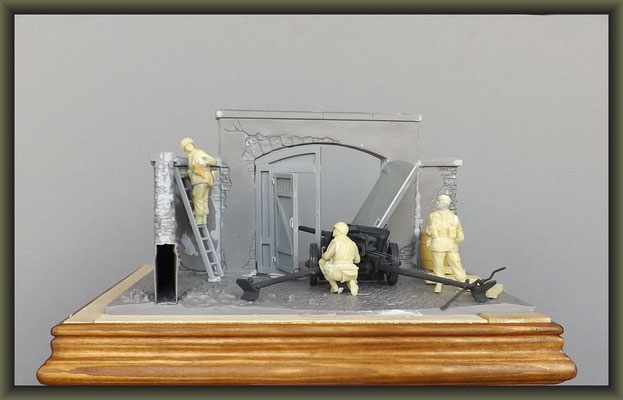 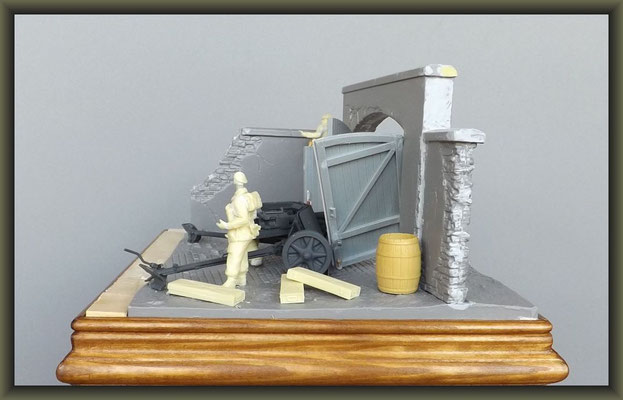 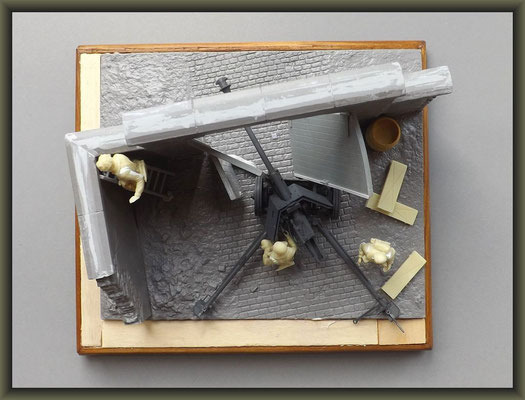 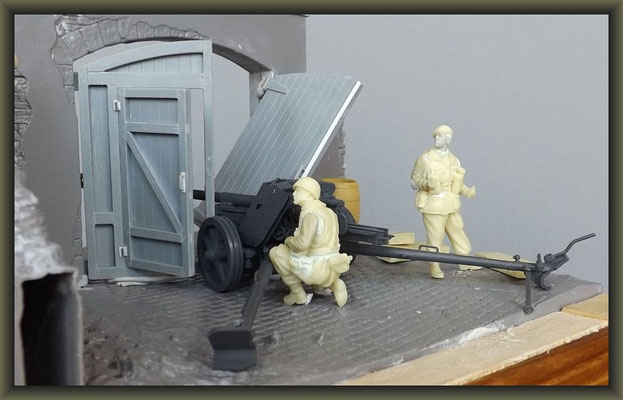 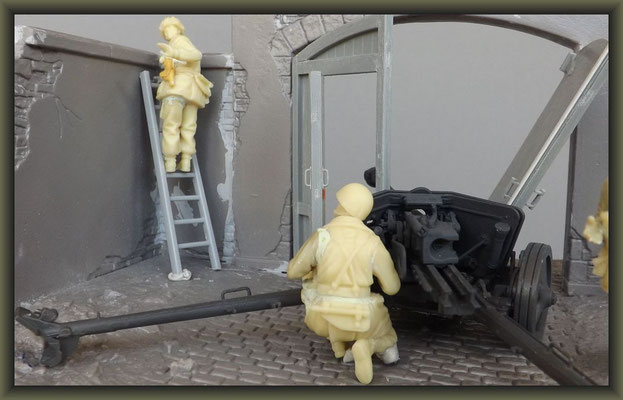 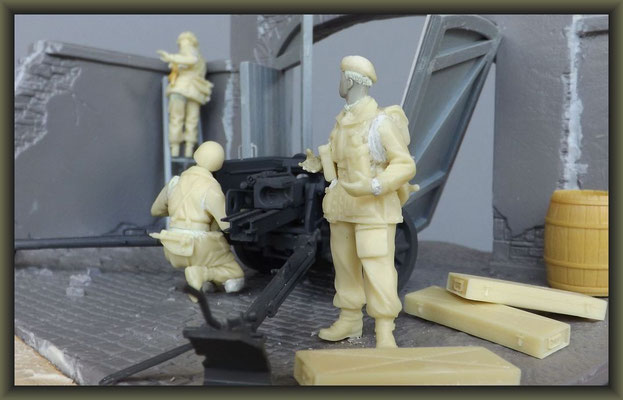 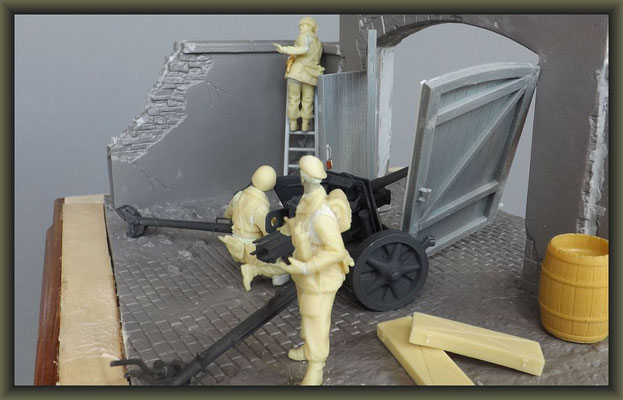 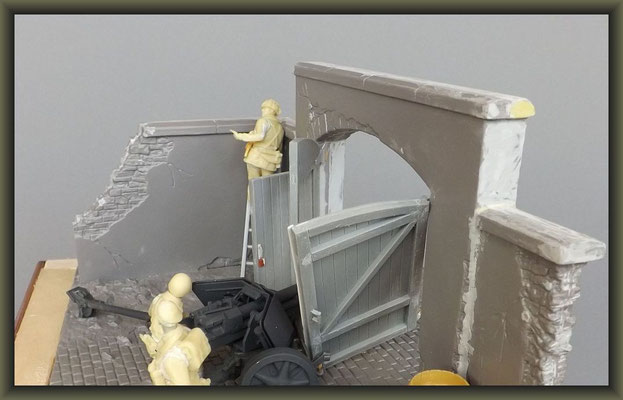