Before and during world war two, the Japanese military machine was notorious for their ill-treatment and brutality of not only enemy prisoners but also of the civilian populations that they held sway over.

Thinking (not one of the best weapons in a fanatic's armoury ) that by using terror and fear, they could subdue the first need of the human spirit ... the need to be free.

Laughing, joking and beheading as they went, it's no small wonder then that they run foul of many.
One such people that they 'upset', were the indigenous tribe of the Cordillera mountains in Northern Luzon ... the Igorot. Guess what THEY were infamous for ?

Many were recruited into the U.S. Army during the invasion, where disciplinary action followed such 'trophy-taking' but with some ... well I guess some customs die hard.


Moving (rather swiftly) onto the Sherman ...

The 'Cheesecake' nude and the dice were hand painted on by yours truly, as I was dissapointed (again) by the Peddinghaus set. The dice 'fall' indicate sub-units and tank numbers within the battalion.


The model is now some fourteen years old (I could never bring myself to sell it) and it's the one I have chosen for the Gunbucket ... er... Header !!

Back then I never thought that I'd have a homepage so unfortunately there are no staging pictures of the build. This is a pity as the hull was largely scratchbuilt with the old Italeri model being ... hmm ... Chopped In Two !!
Anyhow, this is the last of my old stuff. There's no more 'hidden' away in my showcase ... you've seen it  all. 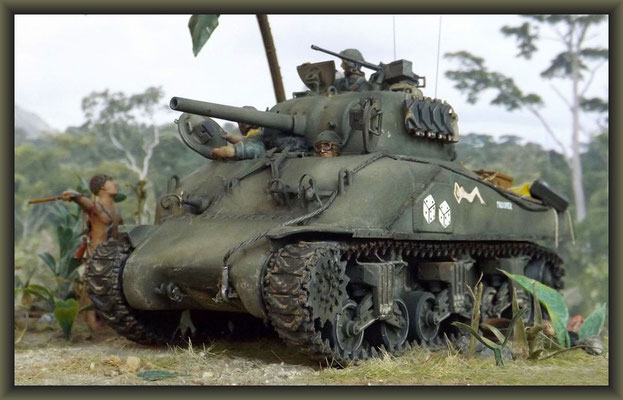 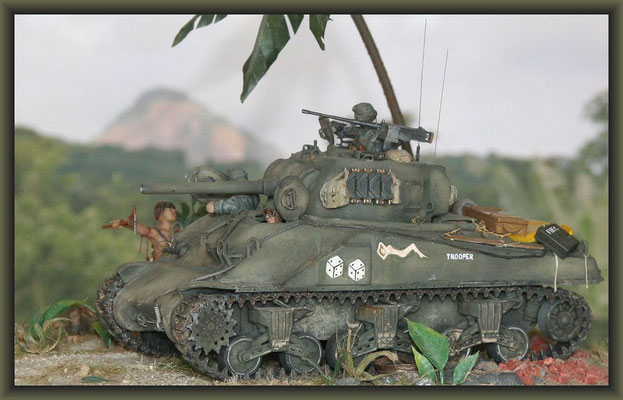 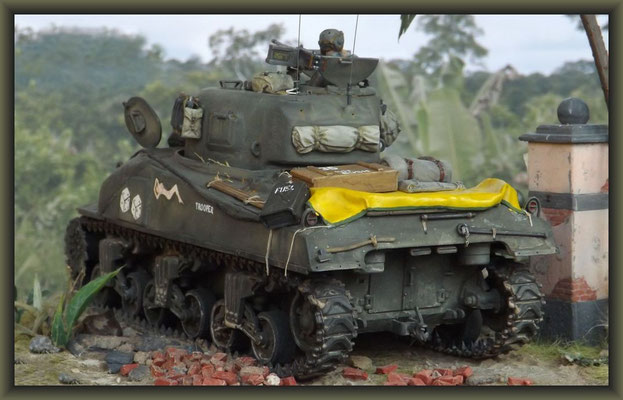 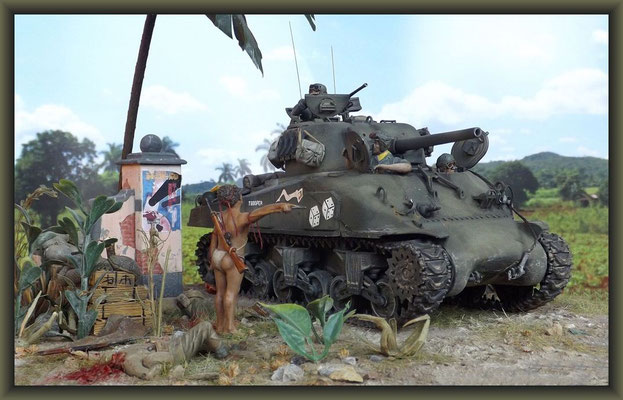 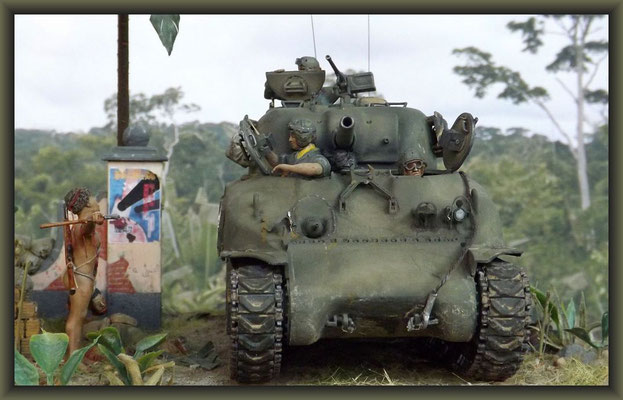 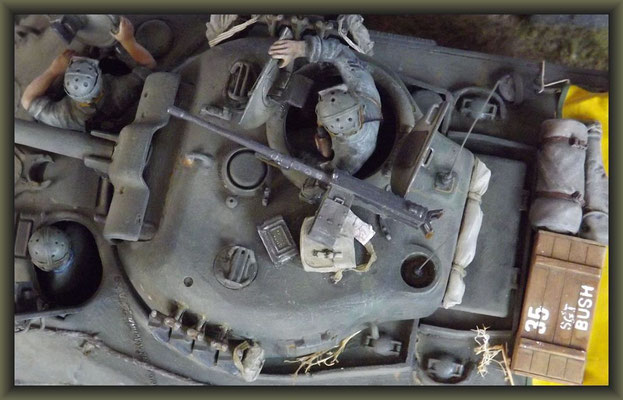 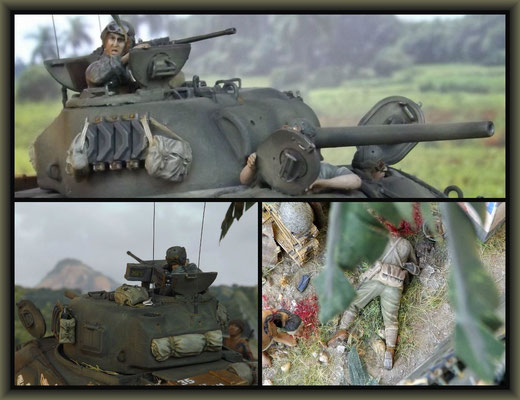 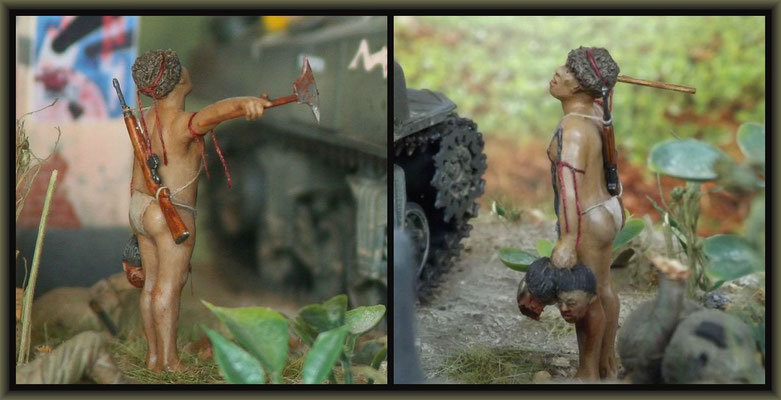 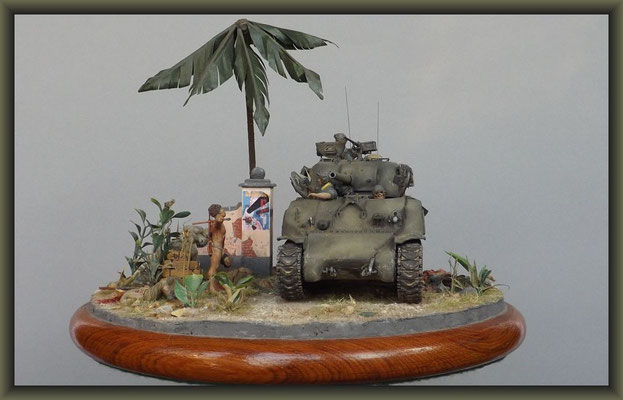 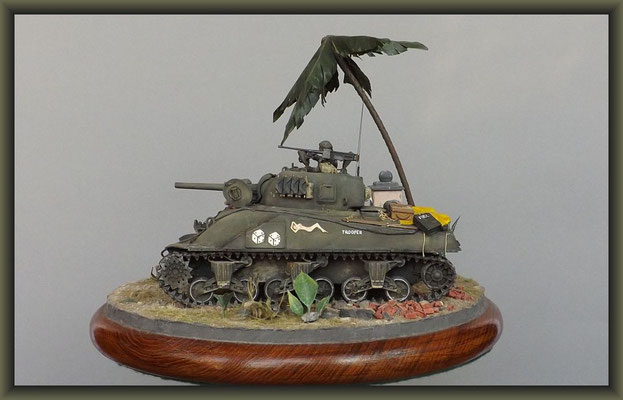 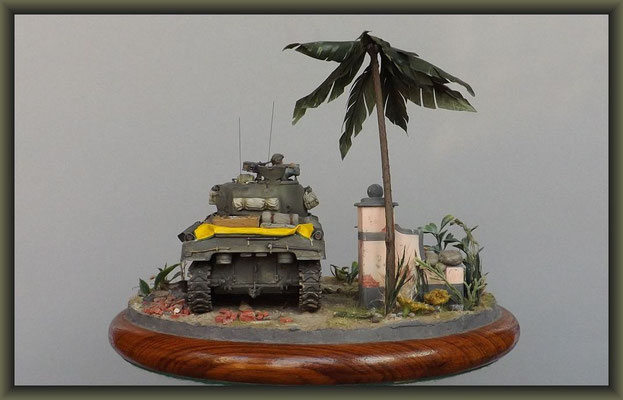 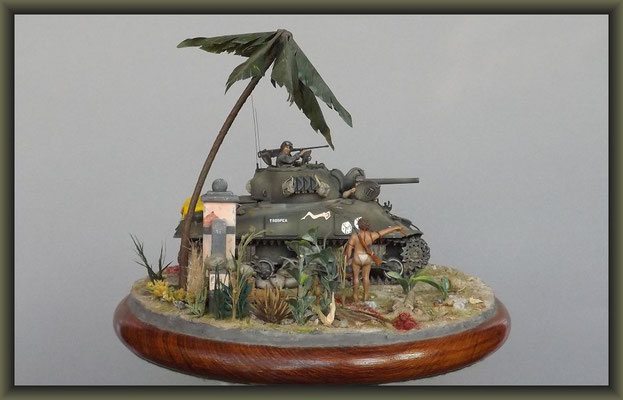 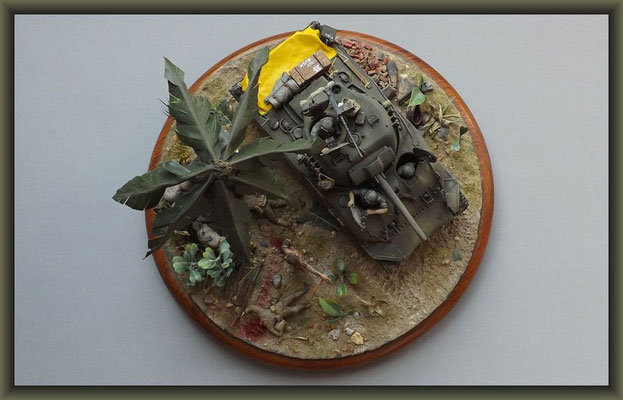