The 'Zeitfenster' for this Dio is on or around the 13-14th June, Carentan area.


Troops of the 101st U.S. Airborne have just met up with a unit from the 29th U.S. Infantry Div. The latter  will soon be leaving in their jeep for St Lo.

A reconnaissance half track (Sd.Kfz  251/9 Ausf. D ,'Stummel') from the 17th SS-Panzergrenadier Div (GvB) has wanderd a little too far North East ... and has paid the price.
After the action a 'Mademoiselle' has bravely come forward to offer the liberators a glass of 'vin rouge', just as an 'Iroquois' para is searching the body of an bald headed SS officer. As he is using a knife on the buttons, she thought ... 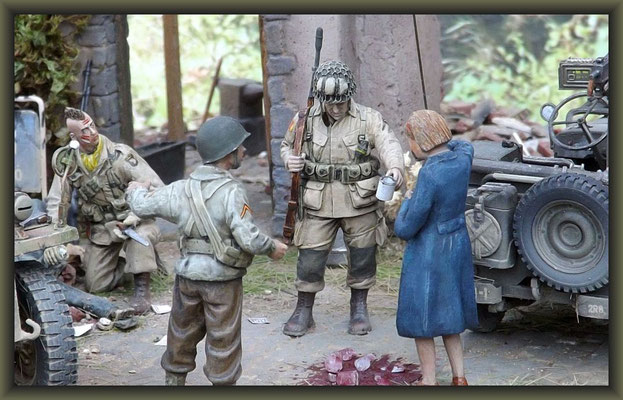 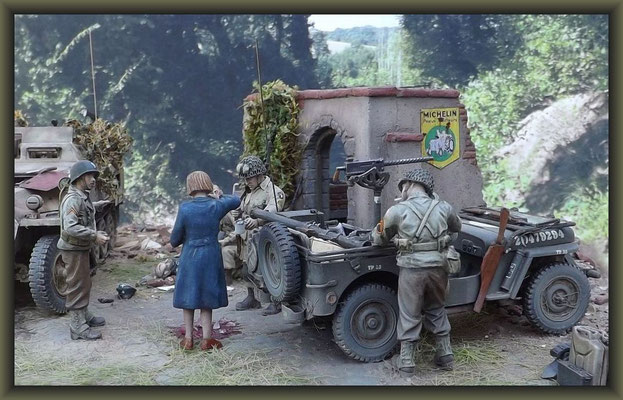 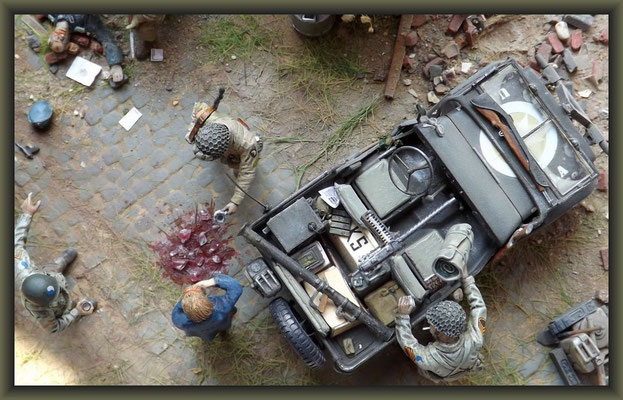 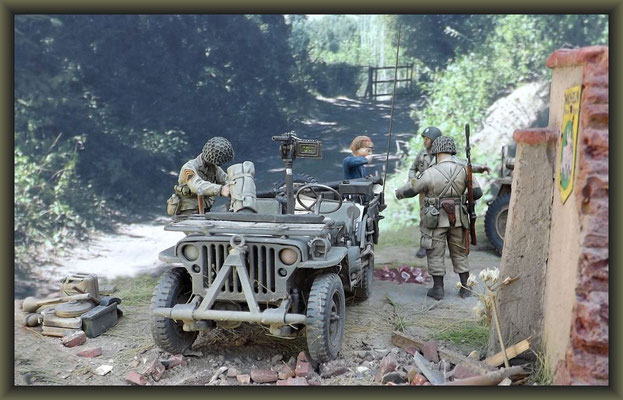 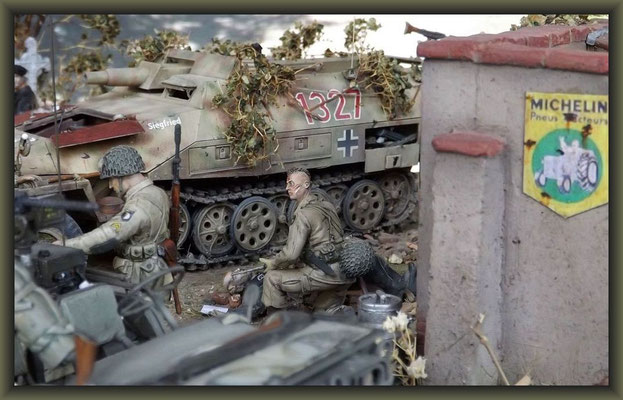 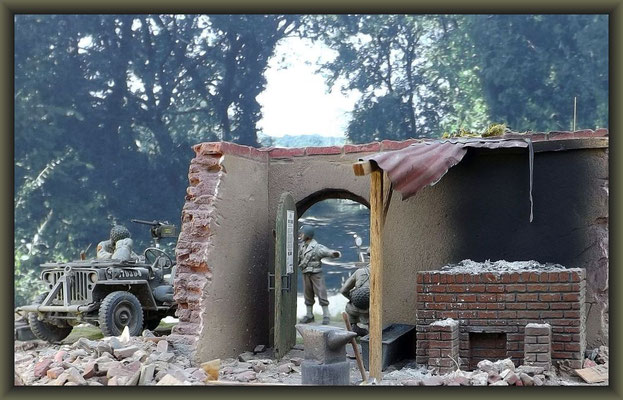 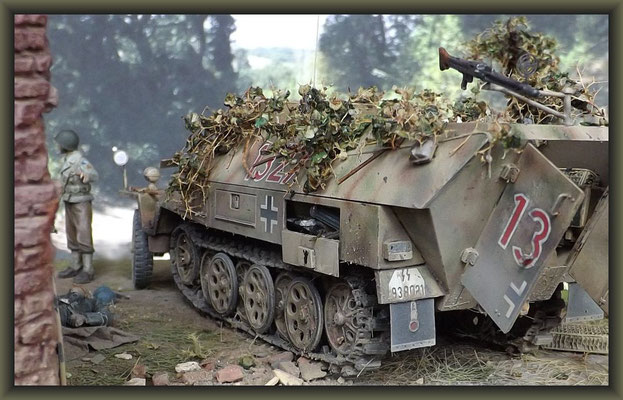 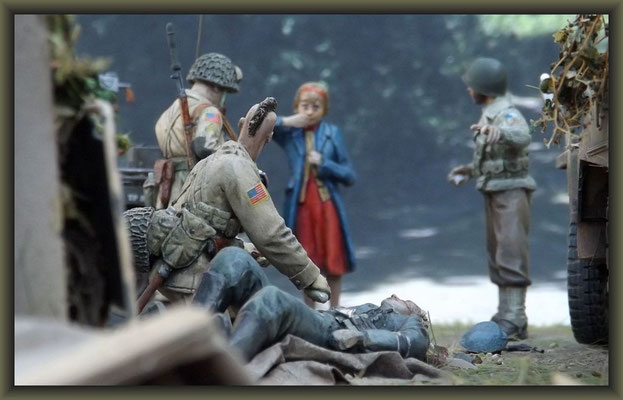 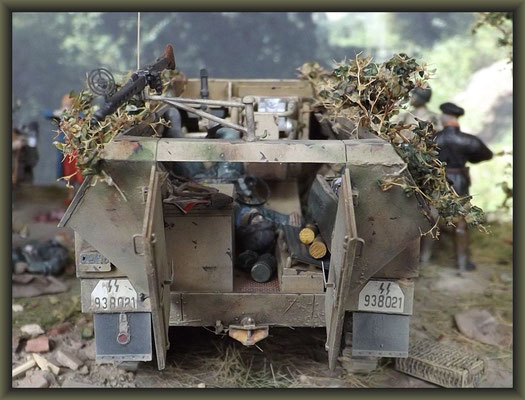 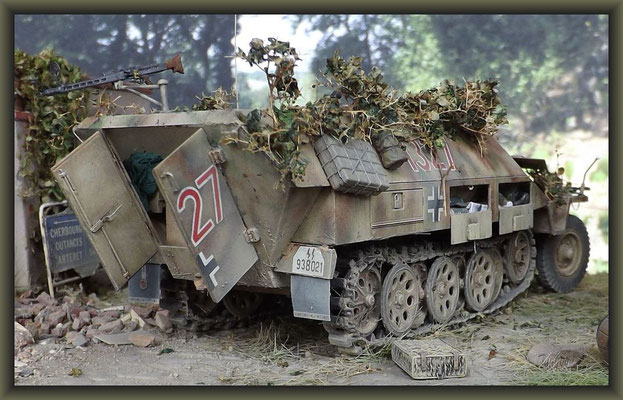 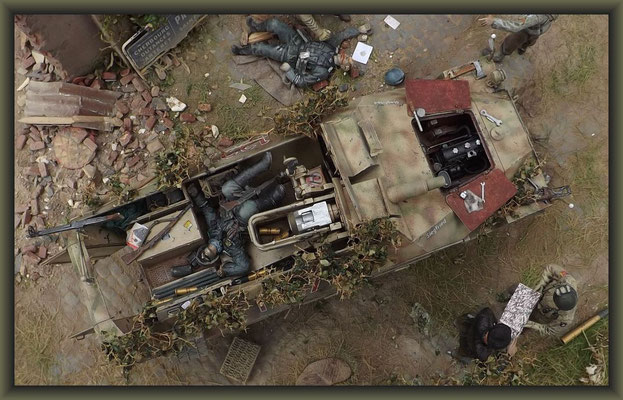 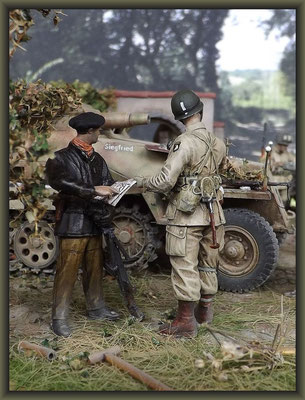 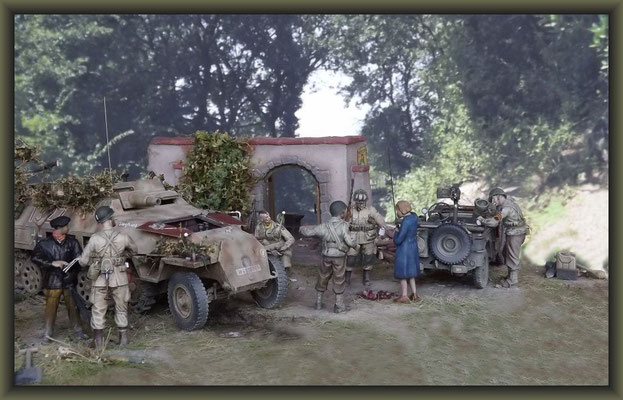 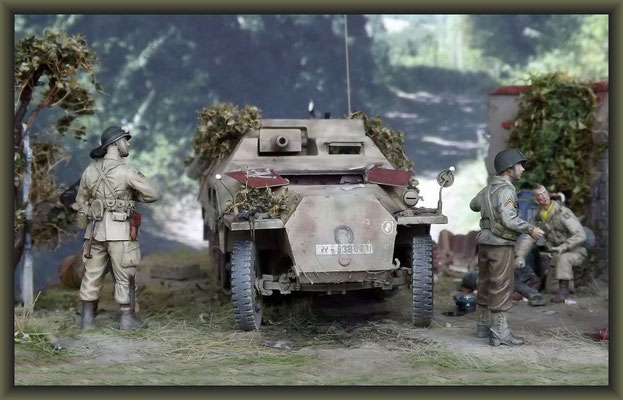 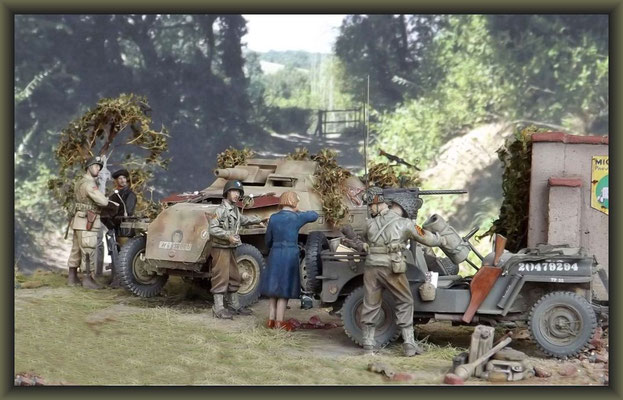 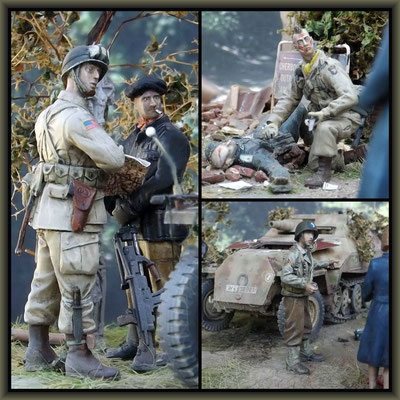 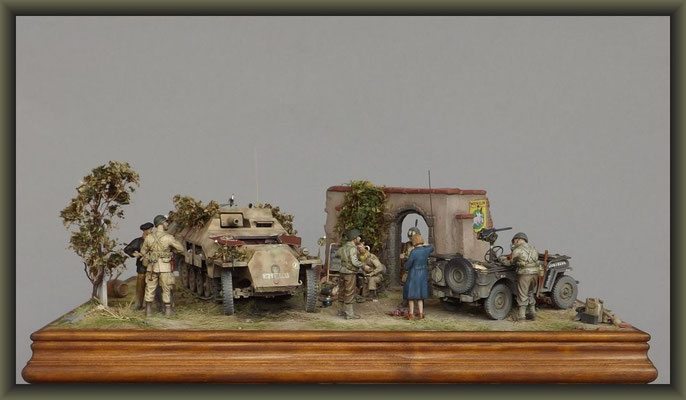 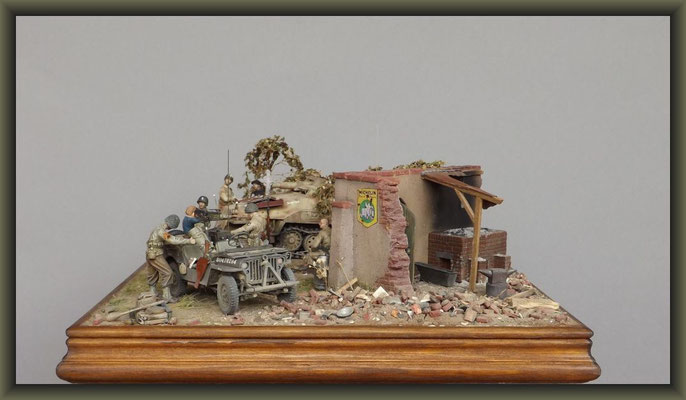 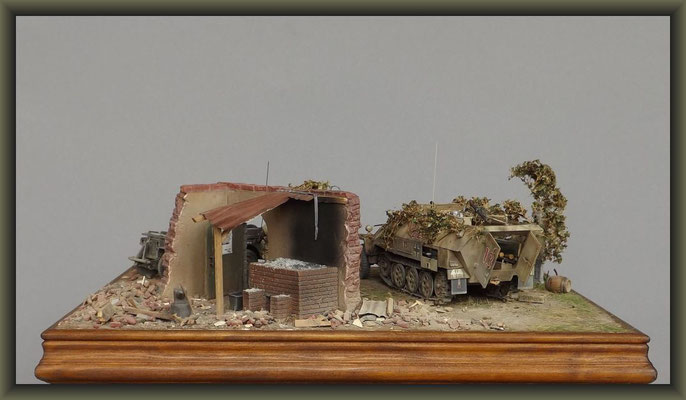 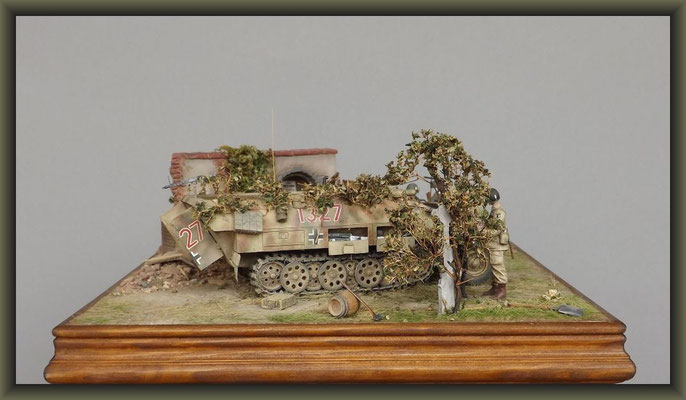 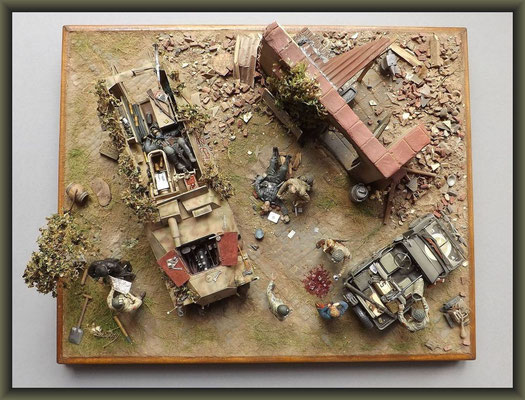