"The North wind doth blow and we shall have snow ... "


In recent years modelbuilders have been spoilt for choice with a vast range of highly detailed products.
Good times if one has enough 'dough' for the ever increasing and often OTT prices - not so, if you have to work for a living.

Another thing is that forums/model builders all around the world have shown us some of these blinding and expensive examples - all shining with photo-etch and various after mark additions (not to mention some exellent 'scratch' builds). Sometimes these painstaking and expensive jobs are placed in vitrines without even being airbrushed. Without a story or human element.

That's fine by me as I know, that the build alone is all some of us are really interested in and I'm no 'skinflint' myself when it comes to buying something I REALLY want. Each to his own I say.

Well it's this ... on occasion I have followed such threads and have offered my support and admiration for the 'High-Tec' build at hand - only to be disappointed upon completion (many don't even reach that far). Be it a poor paint job, bad figures or (for me personally) an unrealistic diorama base. If the modelmaker himself is happy with the end result then fine as NO Diorama is perfect, but I still can't help thinking on times - all those hours, all that work-all those 'greenbacks'...for a mediocre 'finale'.
So enough whining and on with the job ...


I've chosen to kick off this years work by going back to basics, to prove the point that it's the Diorama that makes a model come to life and tell a story.  It's your OWN imagination and not money or perfection that makes a Dio work. Being inspired by a picture is ok for me but I am against stealing and copying ideas directly from other Dio builders because, A: Even if your work is better ... it'll still be a copy and not unique and B: It will prove that you have no imagination yourself.
To demonstrate, I have used an Italeri M7 Priest  and some rough scraps from my spare figures box. I've allowed myself the 'luxury' of three V.P. packs, a couple of Tamiya birds, some truly appalling Peddinghaus decals (ammo package cases self made) and nothing else.

The 'Priest' by the way was a real beauty. It was an old E-Bay job that was given to me by a mate of mine as a present (I think!) ... Broken in half, a thick hideous paint job, ripped off hard vinyl tracks, missing transmission cover, shattered running gear and last but not least a crushed 105mm Howitzer. All this was lovingly presented to me in a rather tattered Aldi carrier bag with the words: "Can you rescue this"?

I'll not repeat my answer to this here, suffice to say that it was extremely negative !


I am not one to carelessly throw things away but man, I came close with this one. I suppose I could have made a wreck out of it but it was'nt that good ;-)

Instead I opted for a snow coverd S.P of the French 3 RCA. 2nd Tank Division, during the German winter offensive in South East France, aka...Operation Northwind.
I'll admit that this is not one of my best works and that the Robin is a little on the 'portly' side but as I say about Diorama building : "It's only over when the fat lady sings". 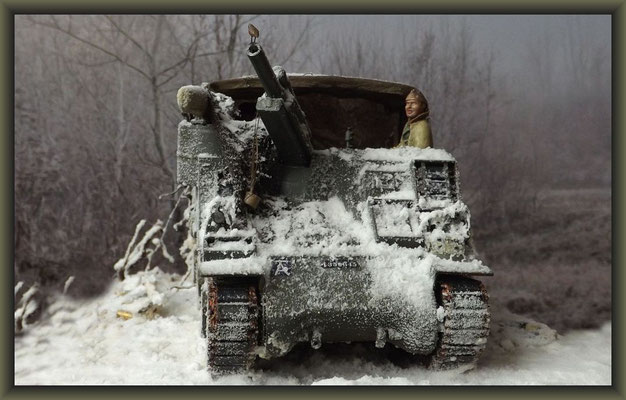 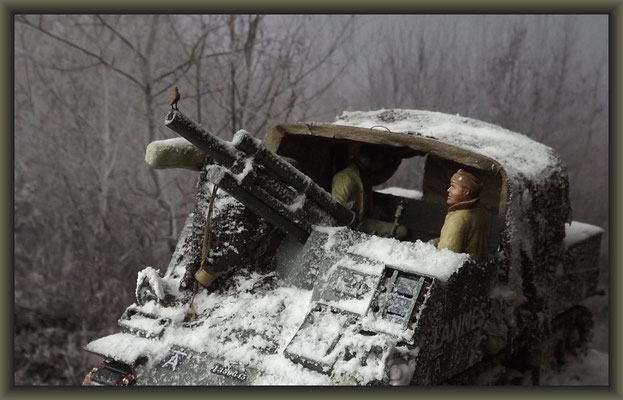 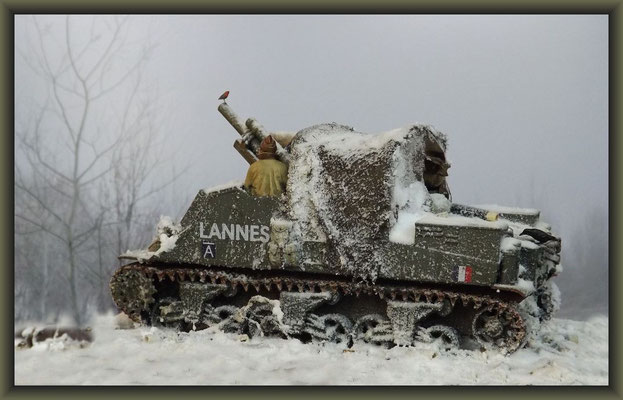 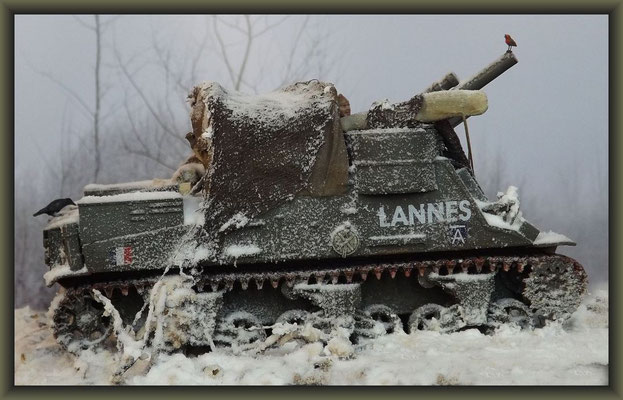 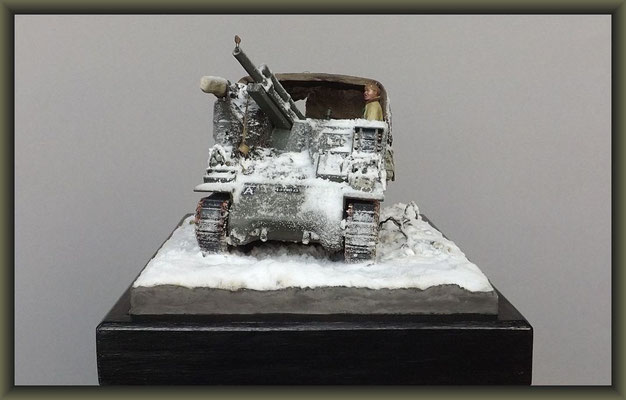 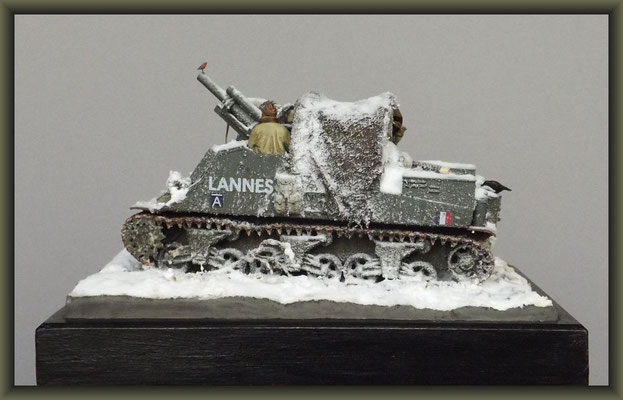 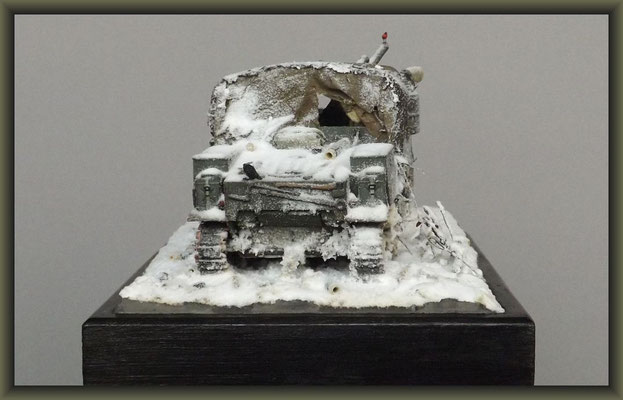 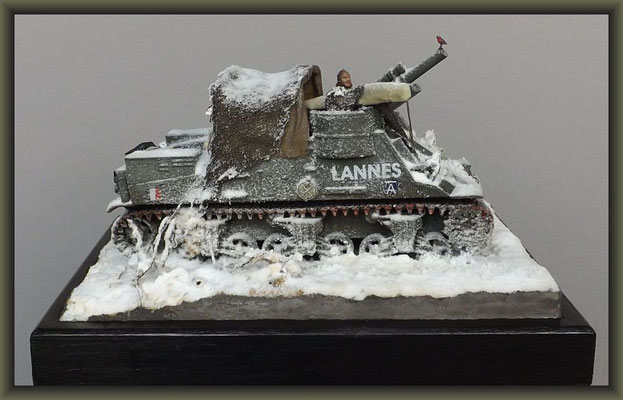 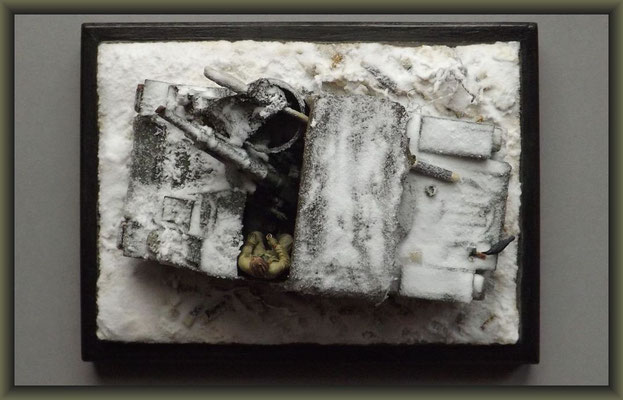 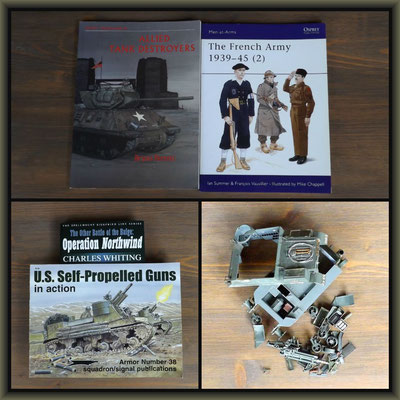 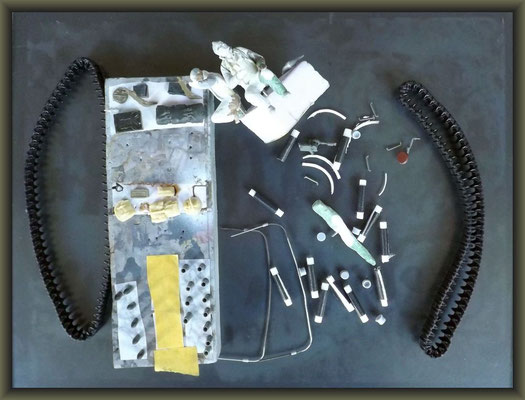 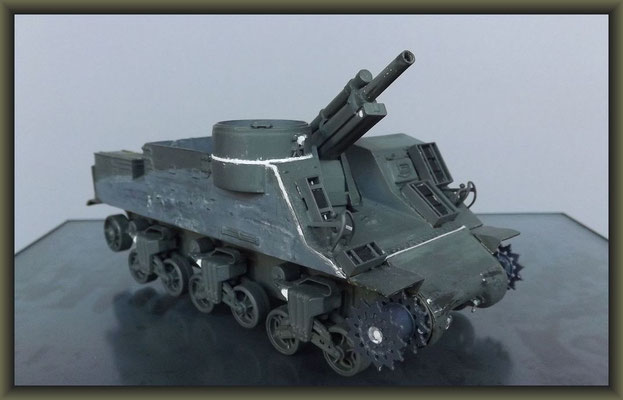 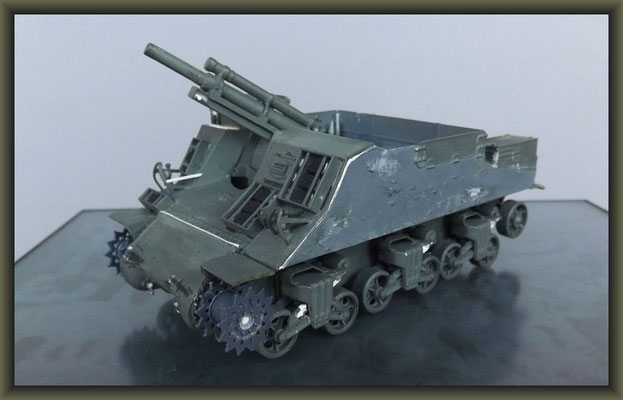 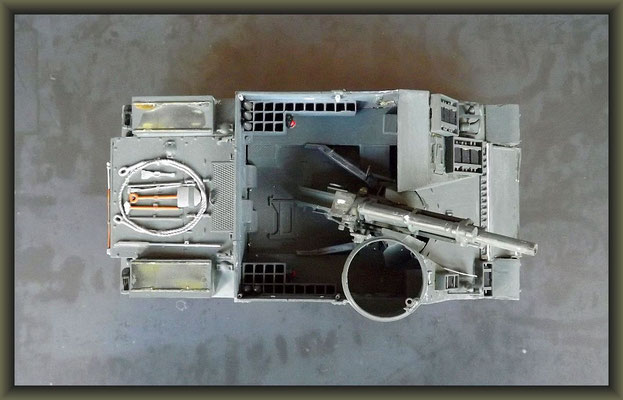