Getting lost in a strange country is bad enough. Having to cope with a foreigner who cannot read or understand plain English when asking for directions, is just outrageous ...

Perhaps if the vehicle commander shouts louder 'the old fool' will communicate !!

At least the other two crewmen have made the best out of a bad situation and helped themselves, not too sure what the 'lethargic' potato picker or his 'rotund' wife will make of that, if they notice.

We find ourselves here after the breakout from Normandy on the dusty Autumn uplands of Picardy. This time of rapid advance by the allies was known to the Germans as 'The Void' and to the British as 'The Great Swan' ( A Swan= British Army slang for an easy assignment/ride).

The Academy Achilles received surface treatment on it's glacis, gun mantlet and turret counterweight and the running gear was replaced with a set from Dragon (late version). Altered figures from Bronco/MB. Burnt-out Kübelwagen from Italeri. The 'chopped-off' building is from MiniArt and the female figures from Verlinden.

This brings to an end my sixth chronological Diorama since D-Day. If all goes according to plan, I shall be finished with this concept (WWII only) around this time next year. After that it's back to random.

So it looks as though our four crewmen have problems enough ... time to say goodbye to Picardy, no point in staying if you can't help anybo ... wait a minute ... hold yer 'orses ... there's FIVE crewmen to an Achilles !!

Oh no ... there's always one who 'puts his foot in it'. I think our 'Dashing Englishmen' are about to find out, how 'lively' and 'to the point' old French folk can be  ;-) 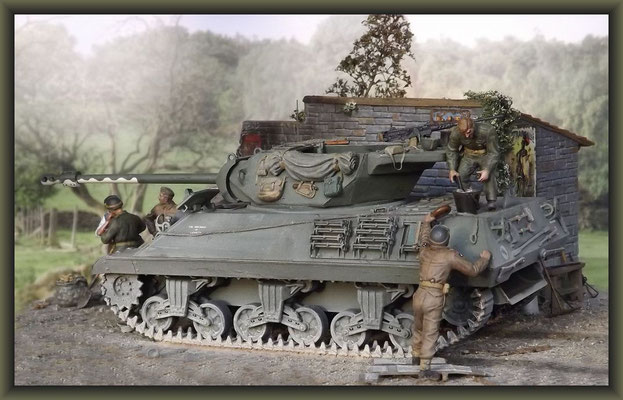 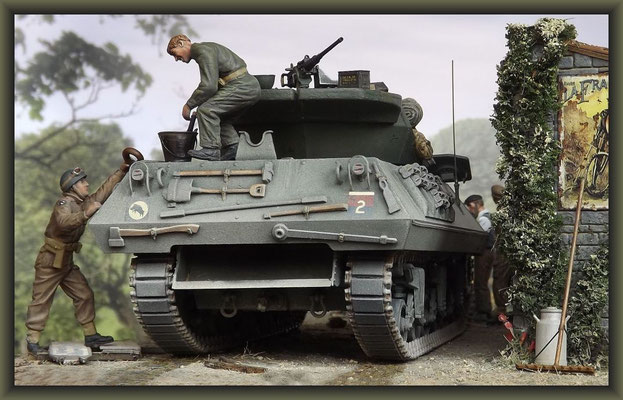 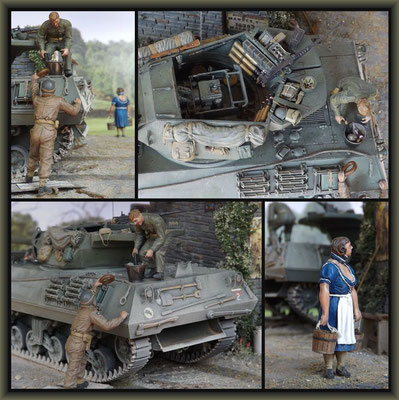 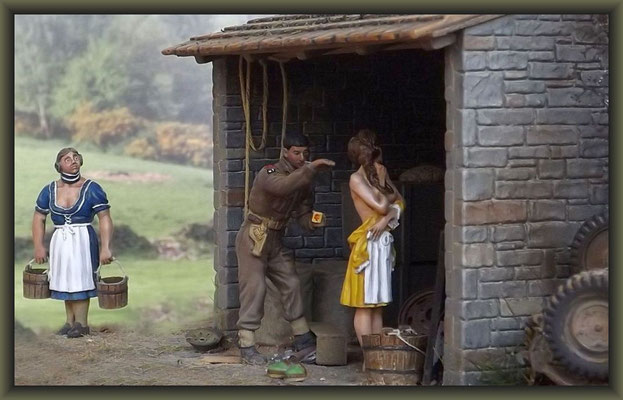 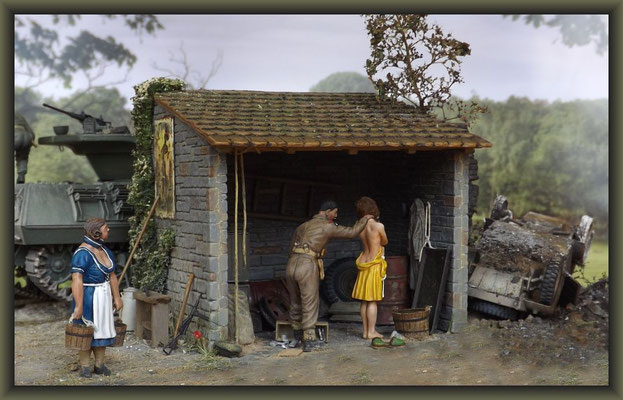 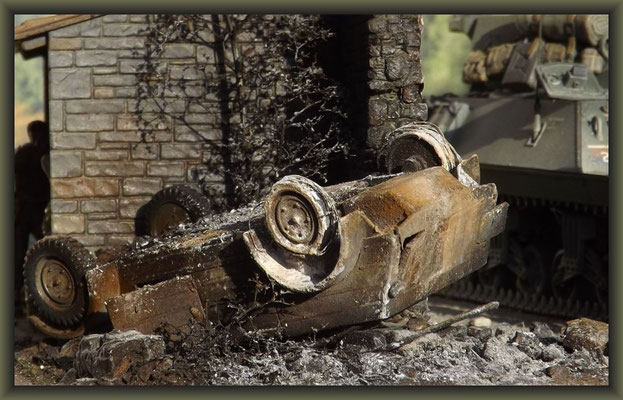 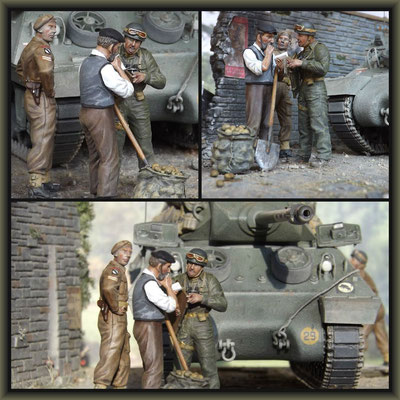 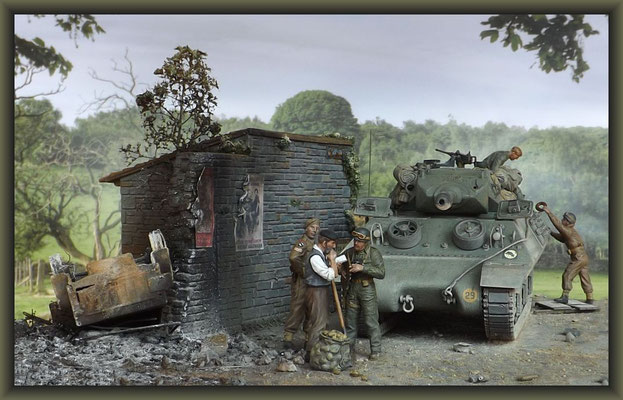 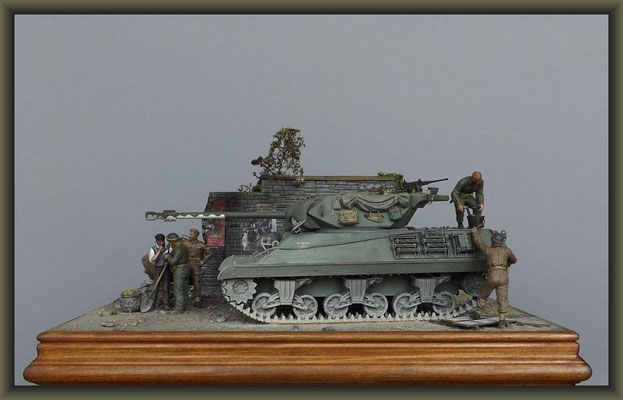 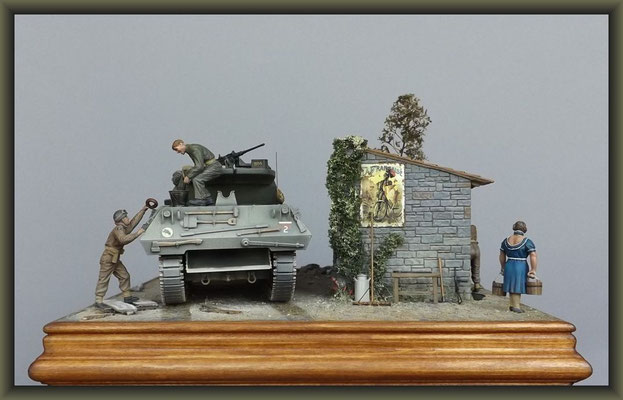 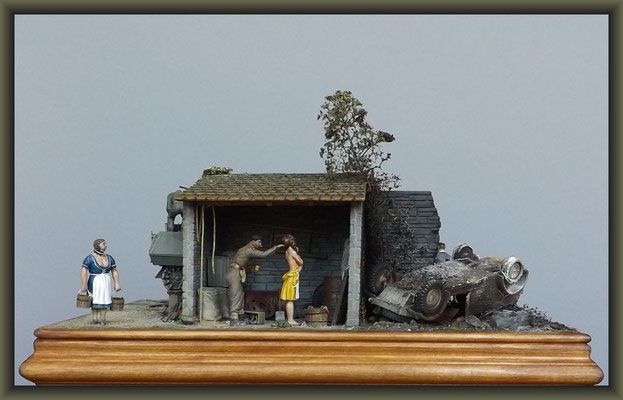 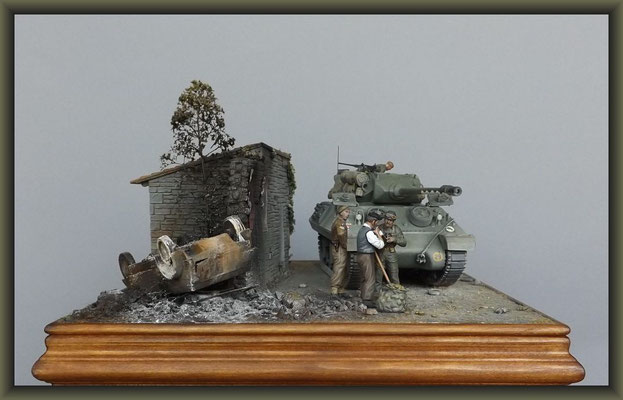 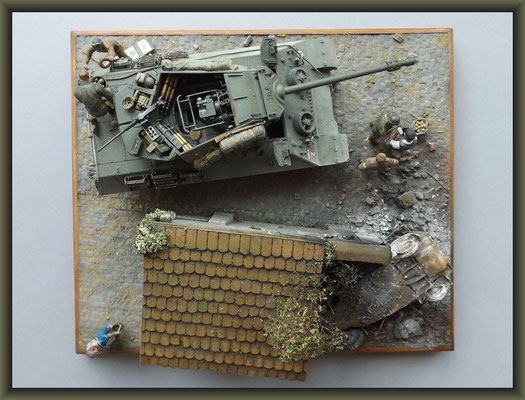 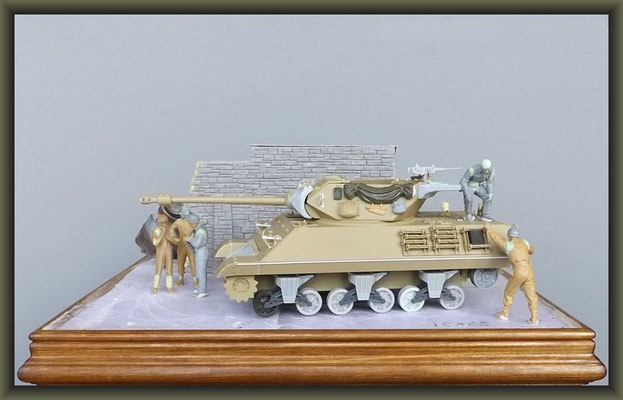 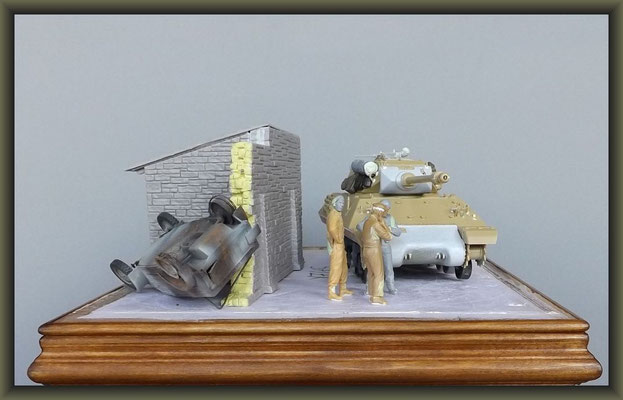 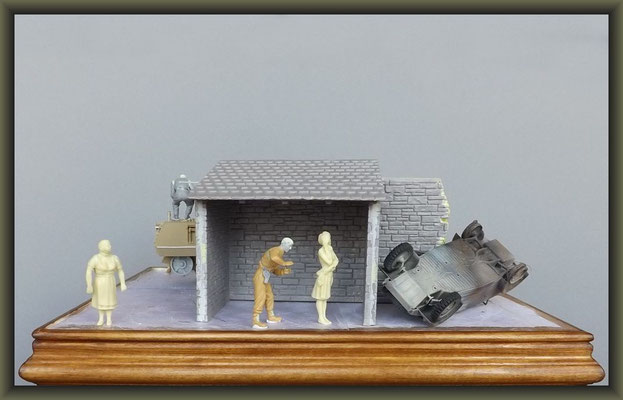 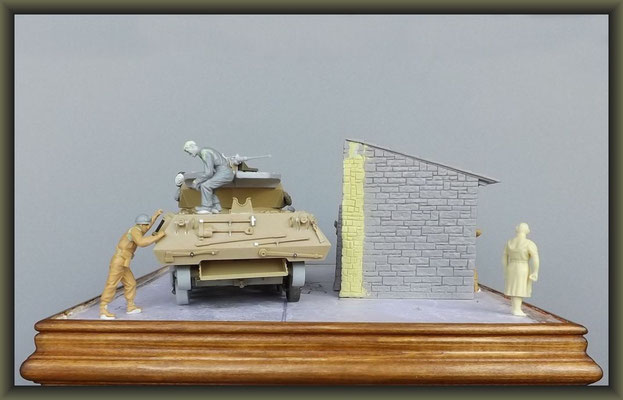 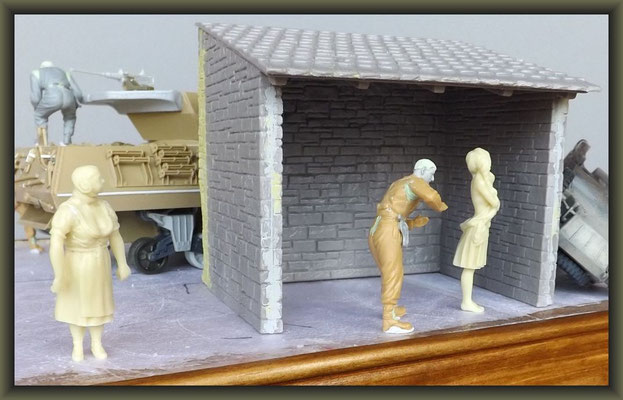 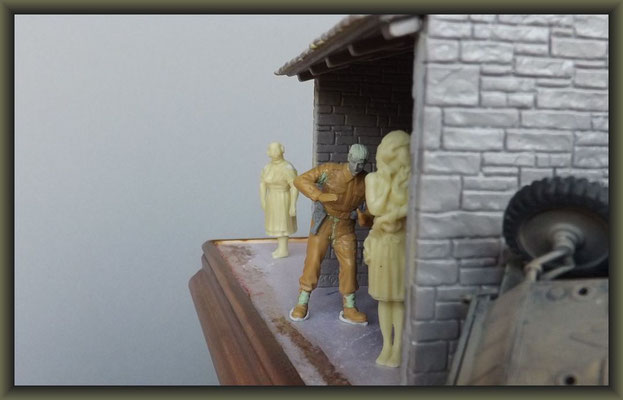 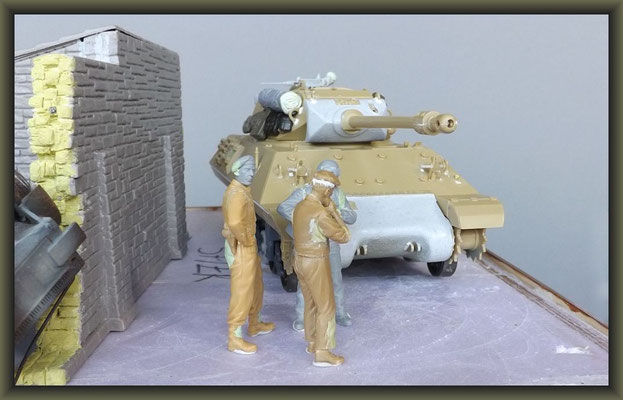 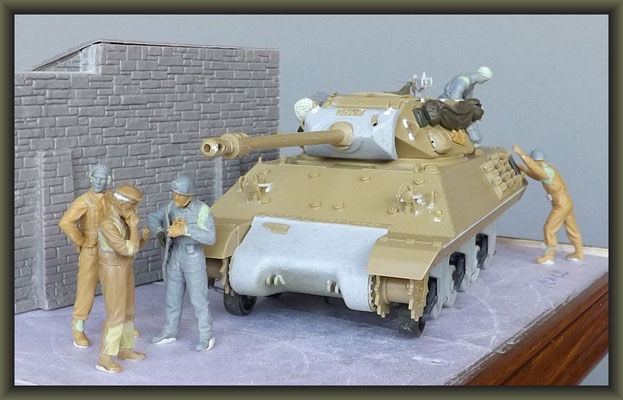 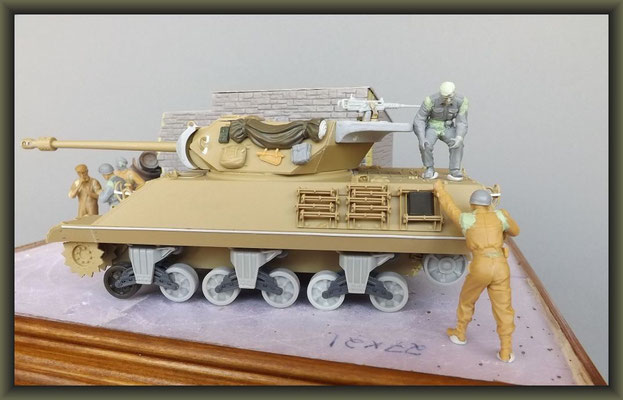 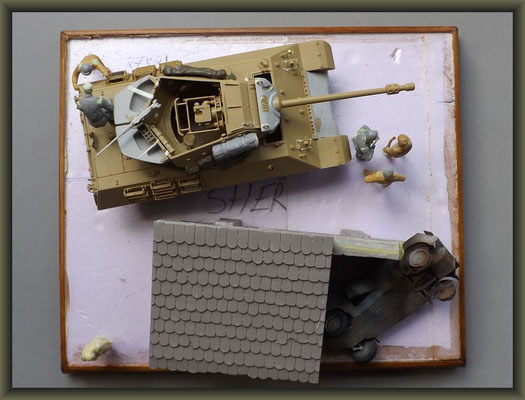