On this day, 70 years ago, after weeks of sluggish fighting in the boxed-up terrain of the 'Bocage', the First U.S. Army under General Omar Bradley launched Operation Cobra. This long awaited action tore a gap in the German defences and led to Patton's lightning sweep across Brittany.

The model is the M4 (76mm) Sherman from Italeri.This 'old badger' of a kit was built OOB with a few minor improvements. I have also fitted her with the famous 'Cullin Device' or Hedgerow Cutter.

This was a simple but effective field adaption which was fitted to some tanks. Welded or bolted to the lower glacis plate, this 'fork-tounge' dug into the hedge and allowed the tank to bulldoze it's way through, without showing it's thin 'underbelly' to enemy anti-tank gunners.

The latter are also depicted here - with their 'venom' having been removed by the kneeling BAR gunner.
This particular Sherman belongs to the U.S. Second Armored Division with infantry from it's 41st Armd Inf Regt.

At this date they are still wearing their M1942 camouflage uniforms. This garment was later withdrawn as it was sometimes confused with the many Waffen SS patterns, leading to tragic cases of mistaken identity.

A fluorescent panel has been tied to the engine deck ... in an attempt to avoid such accidents from the air.

So I hope you've enjoyed 'coiling' yourselves around another of my 360° Dio's and that I've not 'rattled' you too much!! 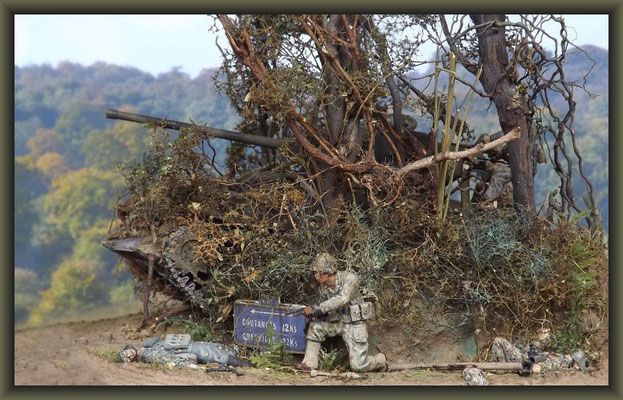 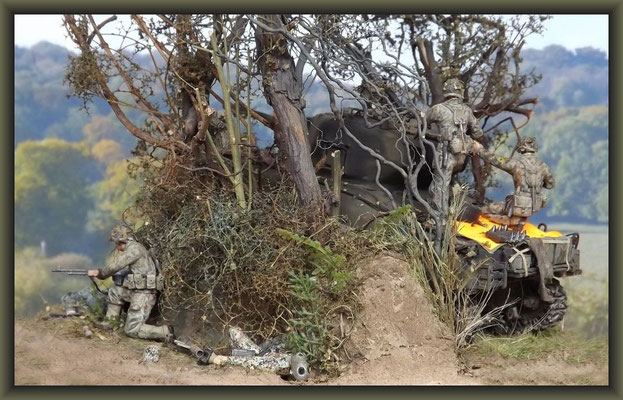 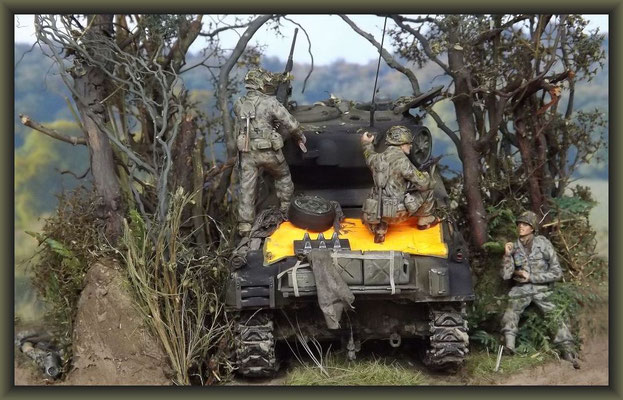 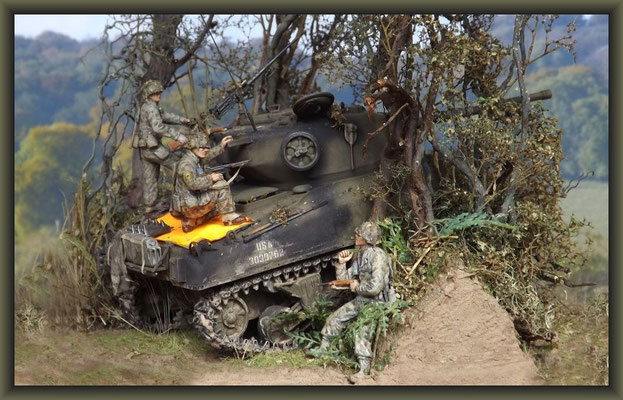 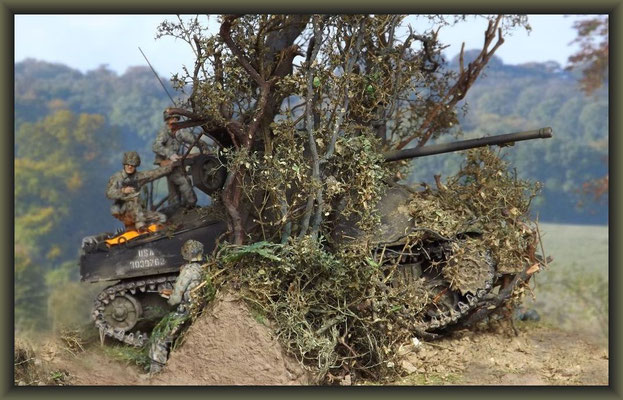 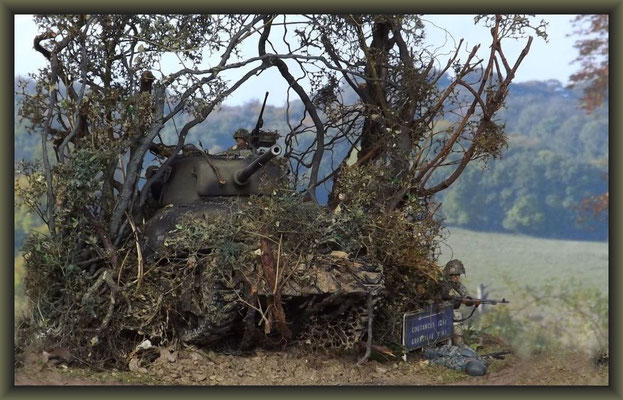 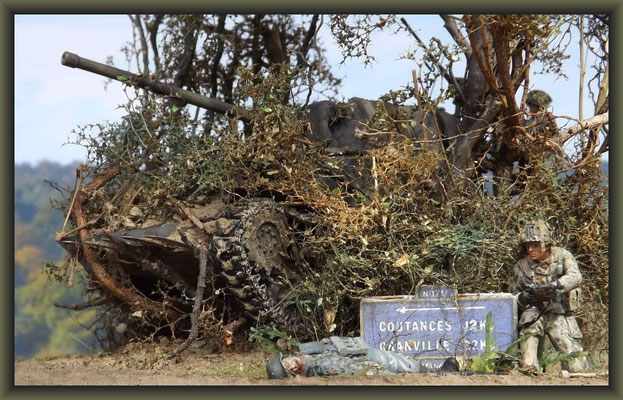 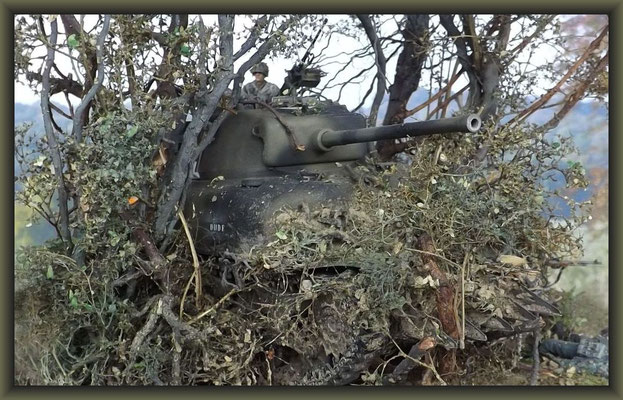 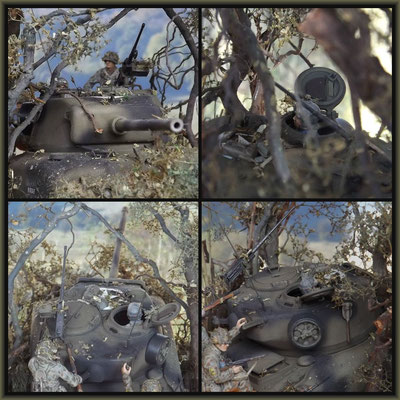 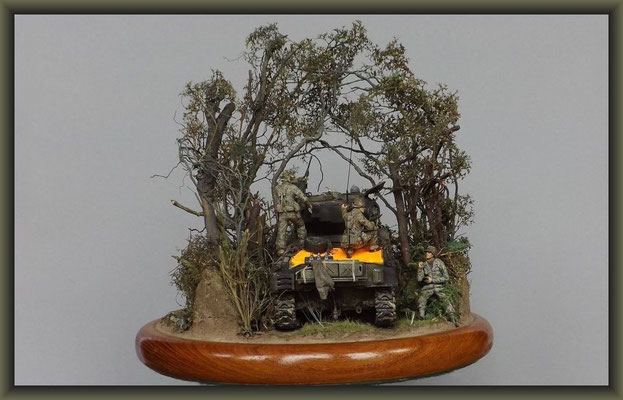 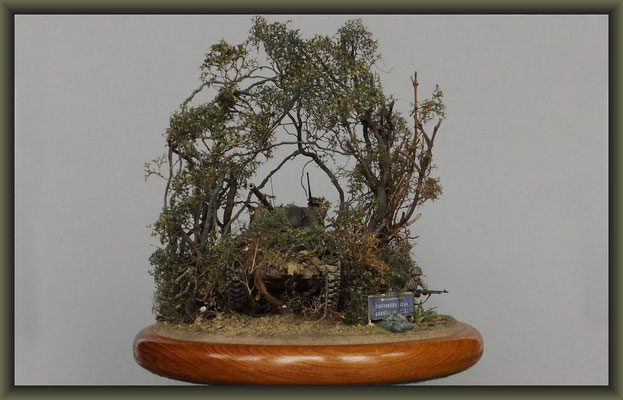 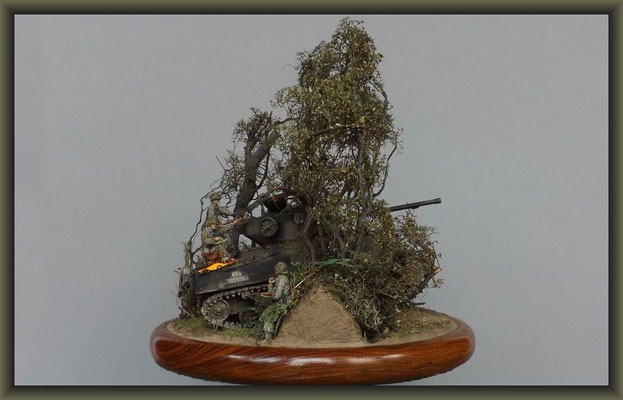 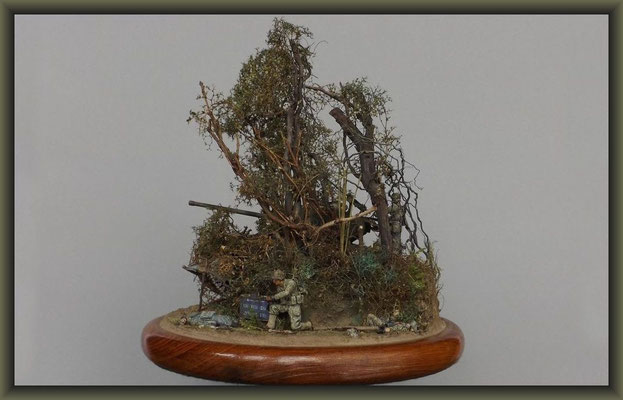 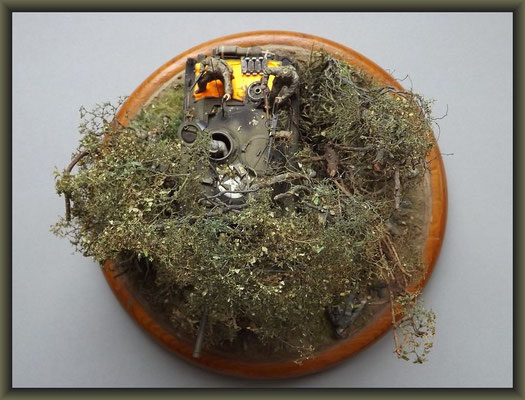