Before you start shaking your head wondering if I've gone off mine, hear me out - or to put it another way - bear with me!

After the fall of Rome (5th June) the allied armies pushed on up the boot of  Bella Italia as fast as the summer weather would allow them.

We find ourselves in the eastern 8th Army sector at the end of July, in the Province of  Ancona.

One of  General Leese's units was the Polish 2nd Corps under the command of General Anders, and depicted here is one of their Gun Tractors that is driving through the British lines (note white Warsaw Mermaid insignia).

For a stunt, the crew have positioned their Mascot, a Syrian Brown Bear, in the drivers seat and while the co-driver is steering, the other two are working the gears and gas pedal with the use of ... um ... er... poles ;o)

Going by the double take looks of the 'Brits' the prank has worked (bad bloody Grappa).

I've tried to stay as true to the title as possible with this one and have only done the absolute minimum to the vehicle ... no photo etch just refining of locker hasps and bonnet lugs.

The wheels were also bulged slightly with the help of pliers and a saucer of hot water.

A SCC 15 paint job with nothing else on but the thinnest of turpentine washes and a chalk dust spray to blend in with the groundwork and that's all. Still there? Right, now for the 'hairy bit':

Tell you what ... let's give the fella a name, rank, number and pay book as well as bottle of beer and a smoke.

I hear you ... and I understand. I thought the same when I first read about this tale - all made up and far fetched. I admit that the Dio is a product of my fantisy but as for the bear ... 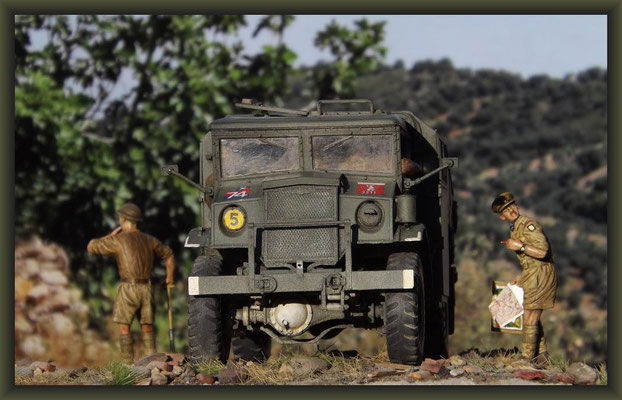 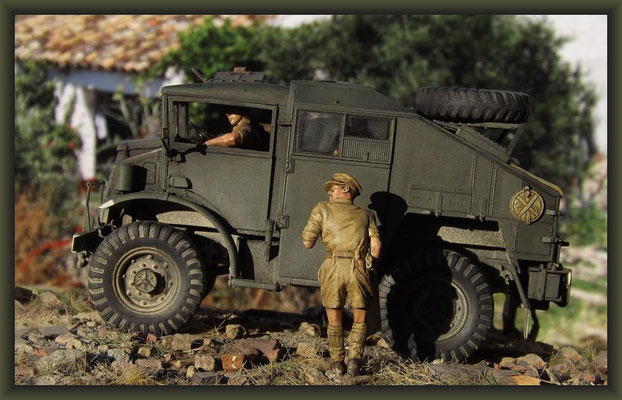 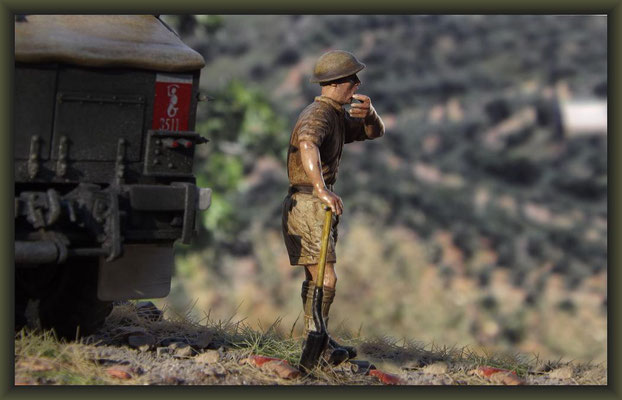 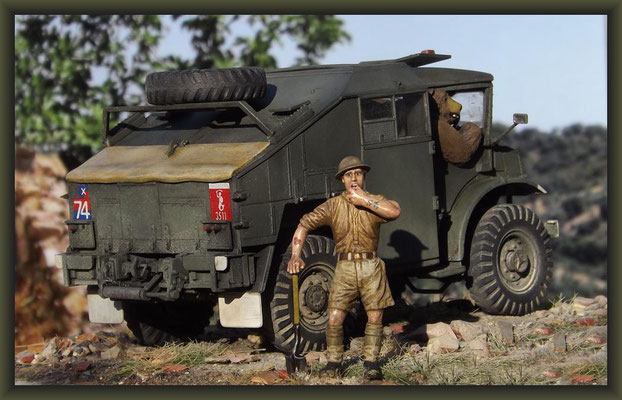 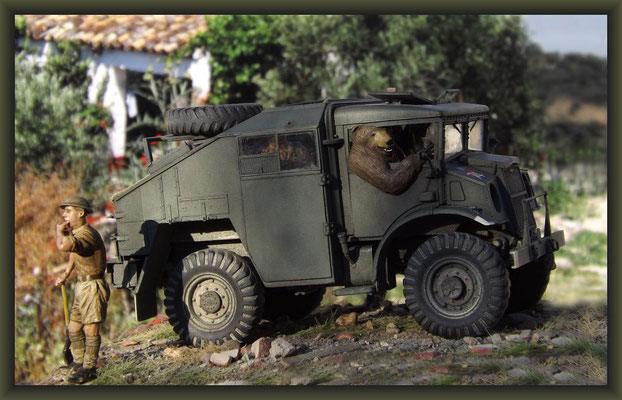 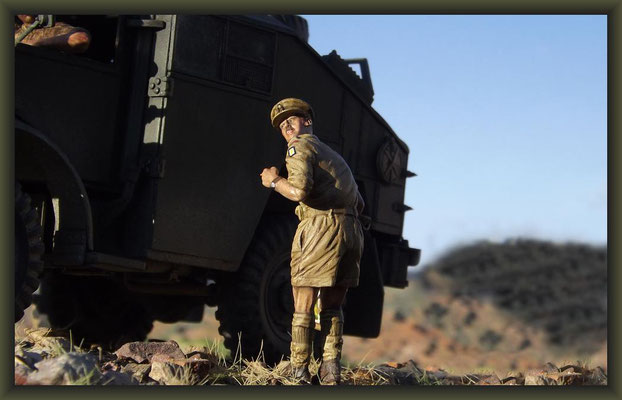 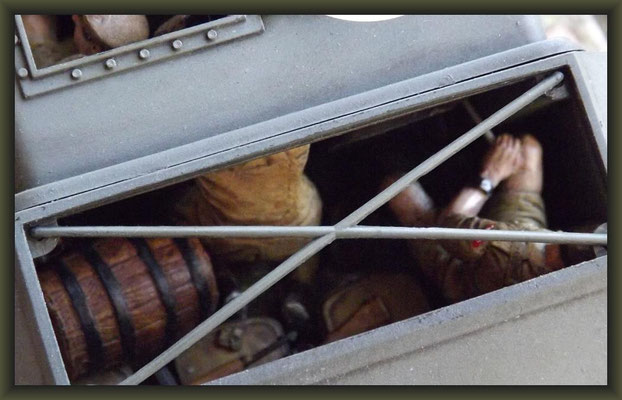 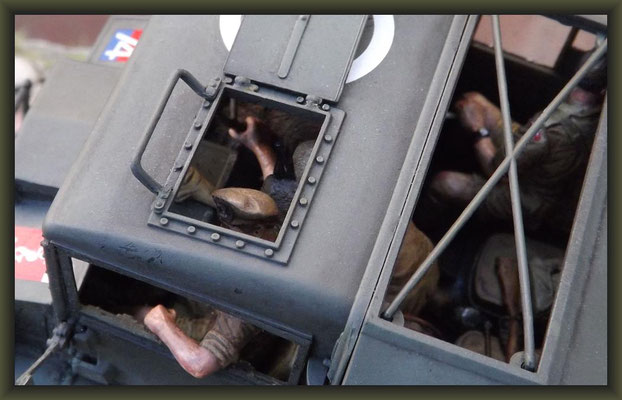 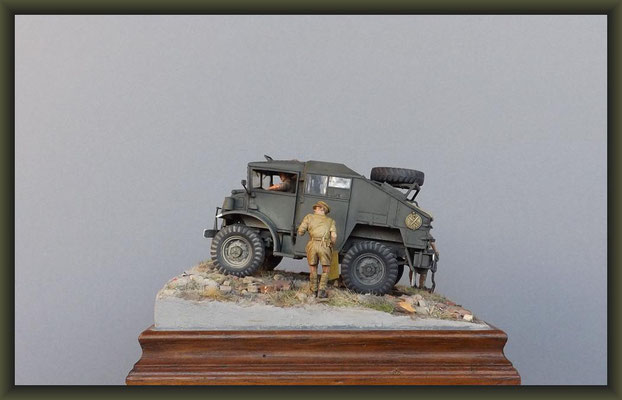 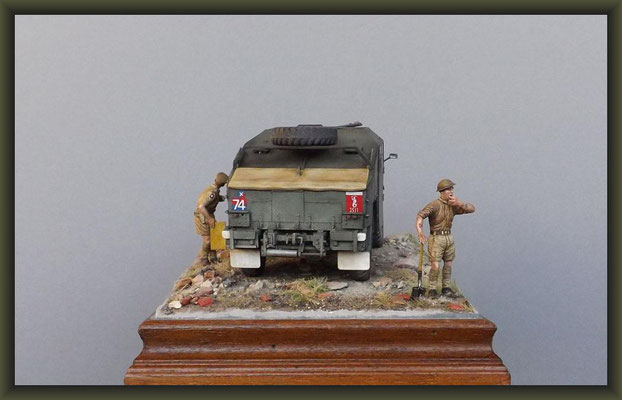 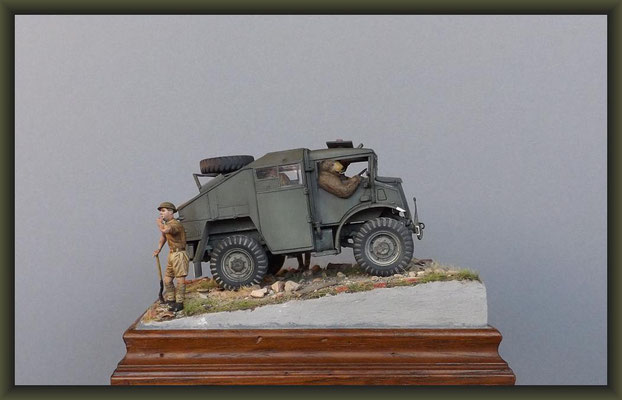 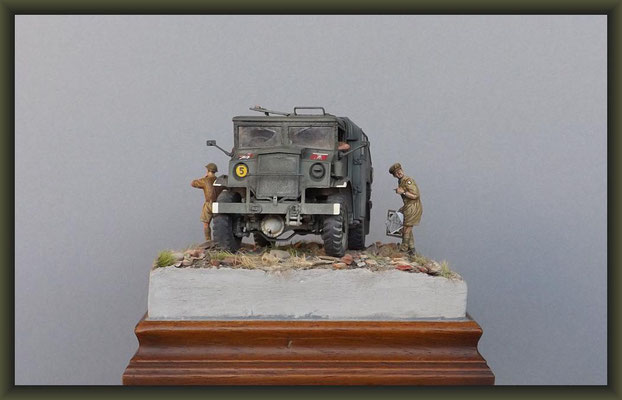 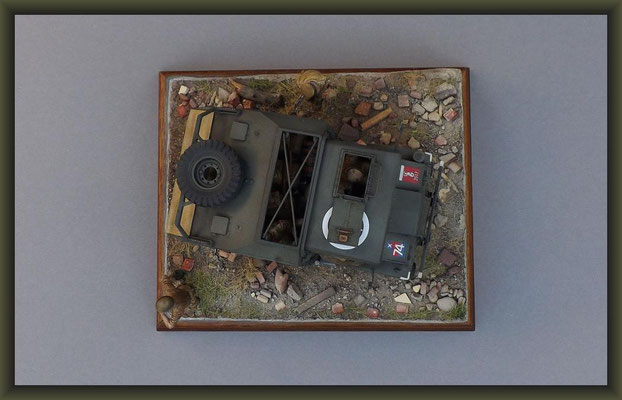 The story so far ... loosely assembled and air-brushed. I'll let this dry out over the Xmas holiday and complete the Dio next week. Until then ... 'av a good 'un! 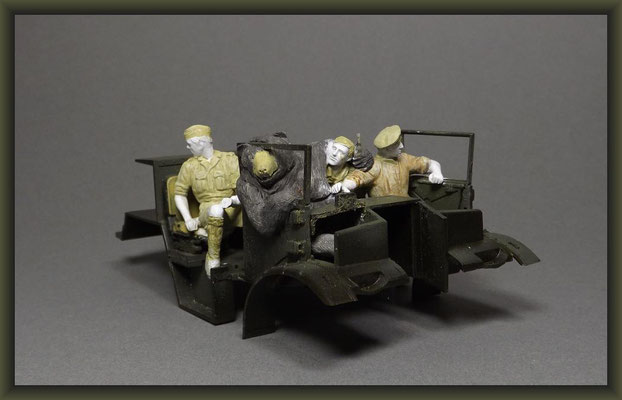 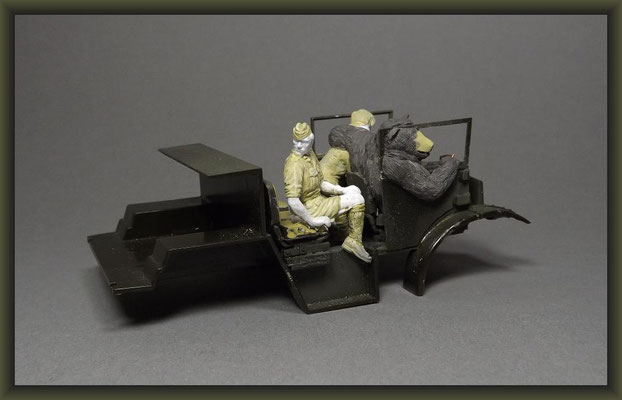 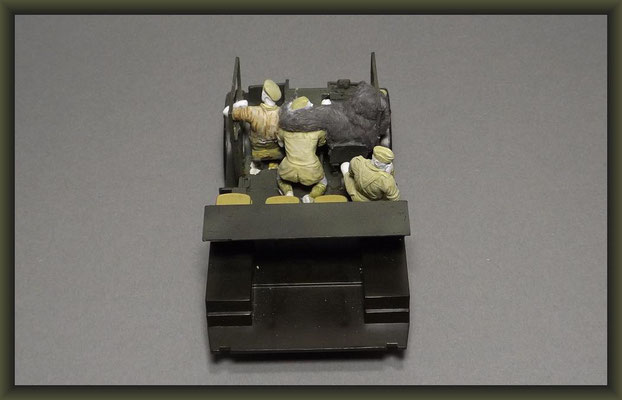 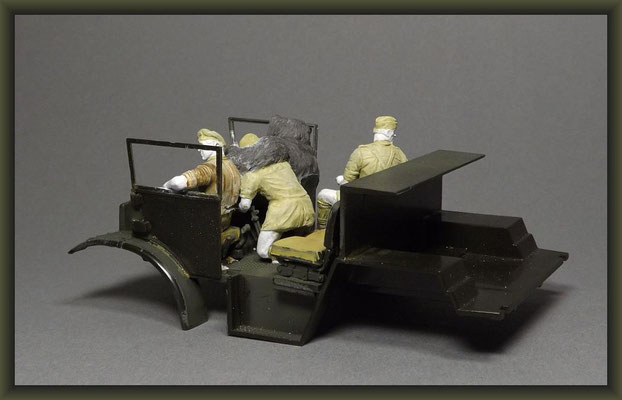 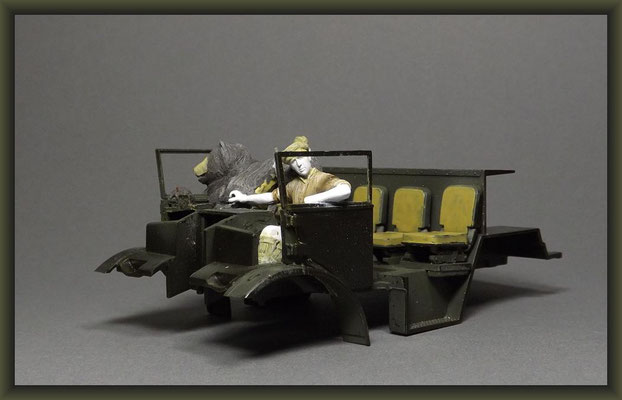 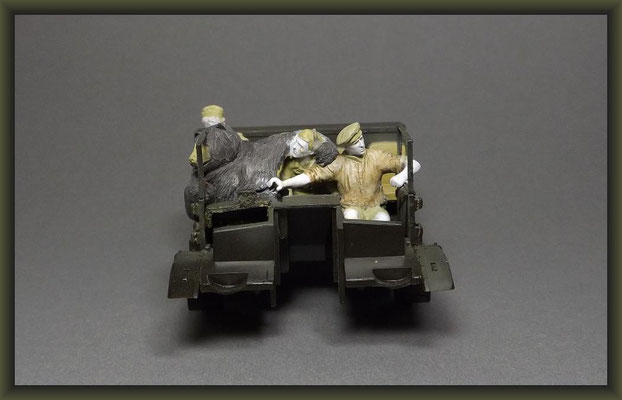 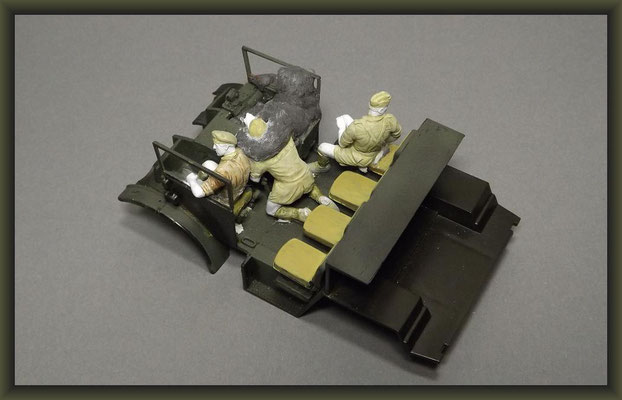 To model the figures into the cab was like putting four ships into a bottle.

I originally wanted to do a blow by blow building report on this, but then decided not to.

I didn't want to give the game away too soon so I opted to present it backwards as it were. 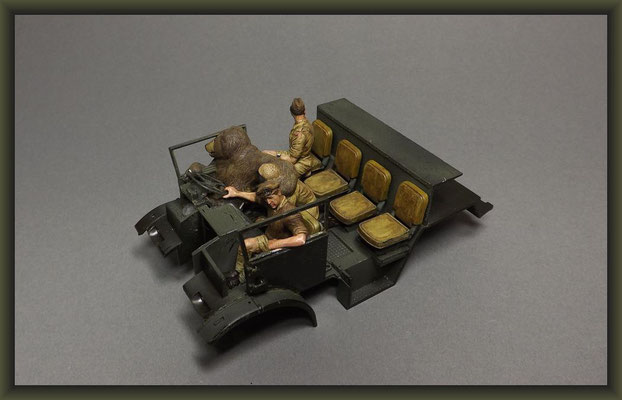 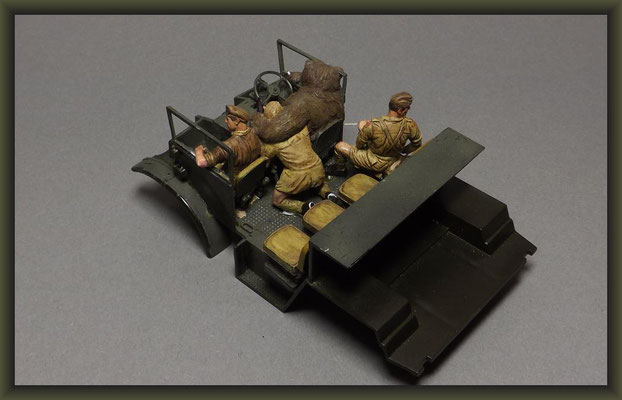 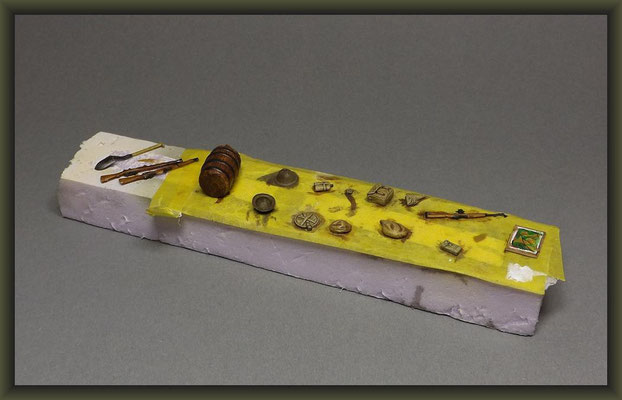