I would like to introduce you to my latest brainstorm - a group of "junk" that does not normally go well together ...

The scene depicts a Universal Carrier of the 1st Middlesex Regiment (part of the 27th Commonwealth Inf Bde) on operations in North Korea during the winter of 1950/51.

During the first winters of the war, the Brigade was not very well equipped (they were posted from Hong Kong ) so I have depicted them here as a somewhat 'motley-crew'. I have seen pictures of Bde members almost entirely clad in U.S. uniform surplus but I wanted to keep the crew as 'ragged-Brit' as possible here.

Our lads have "acquired" the following:

I would have liked to have spent more 'dough' on this Dio but at the moment: money's ... 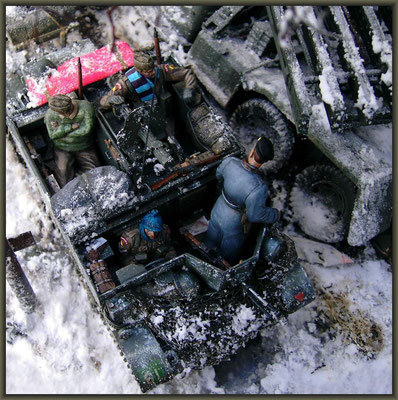 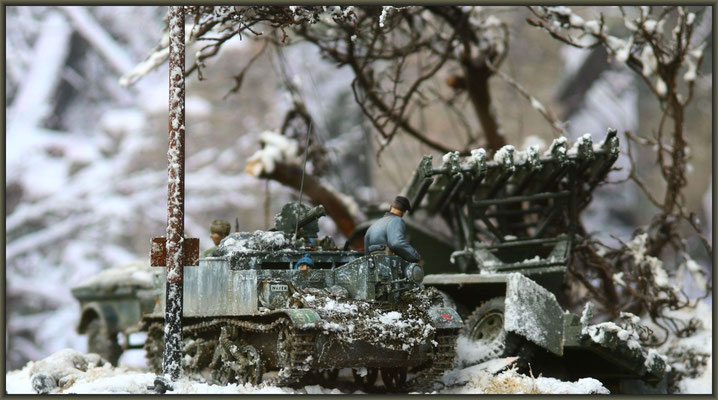 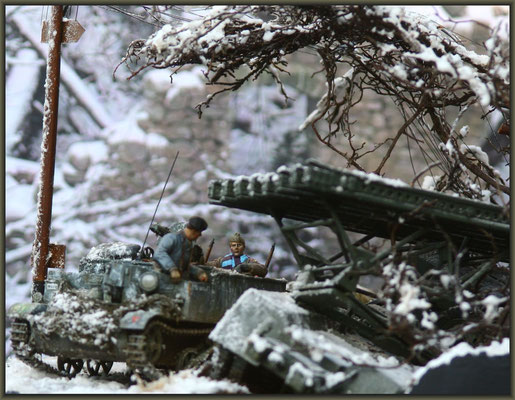 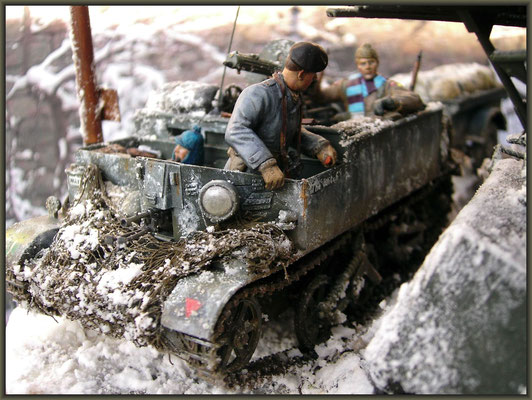 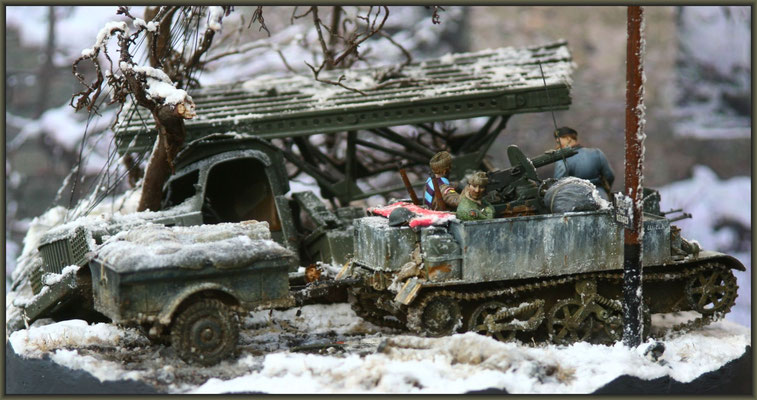 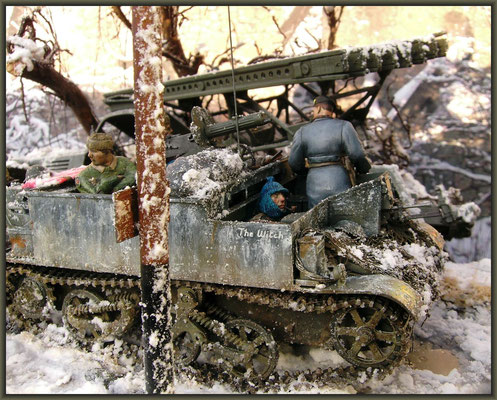 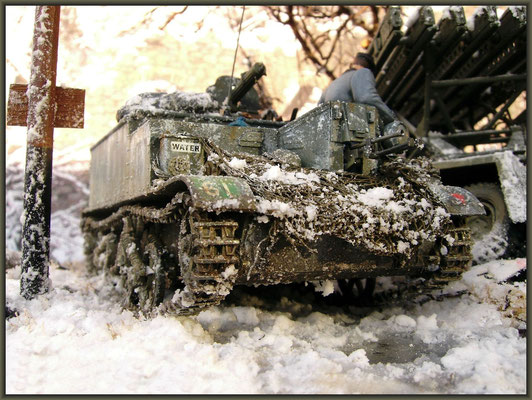 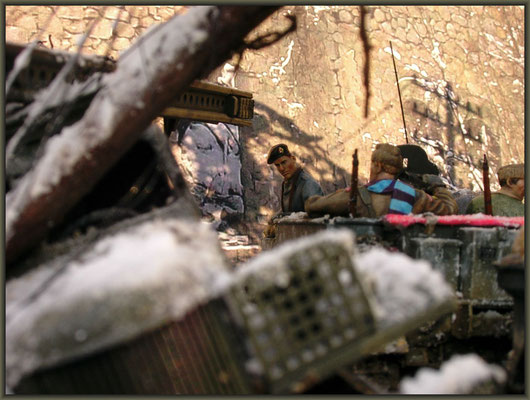 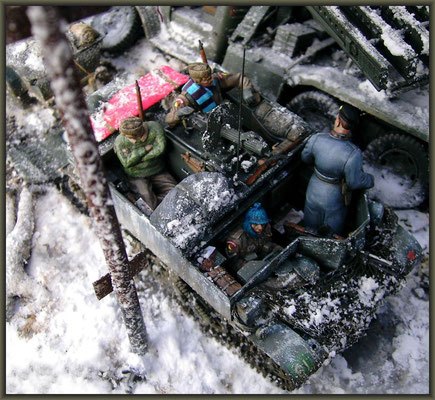 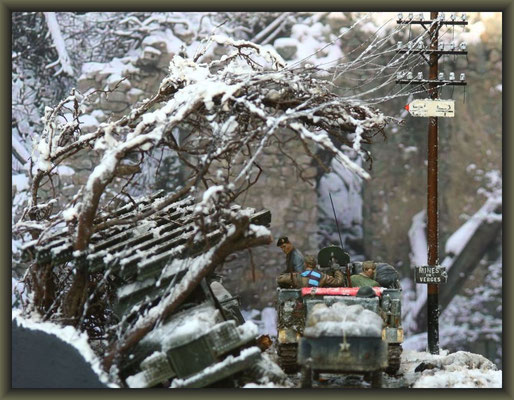 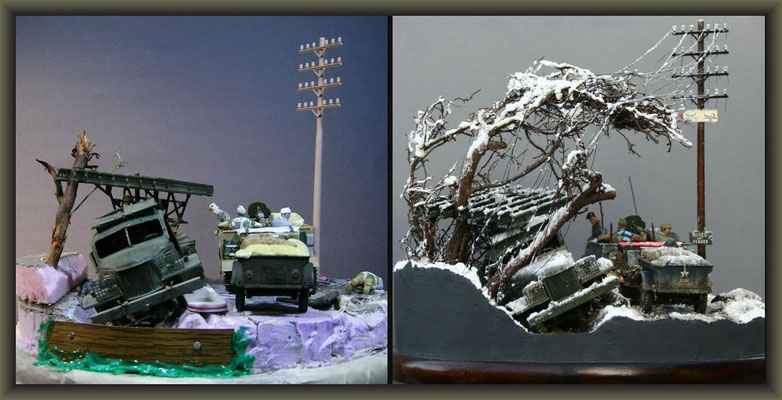 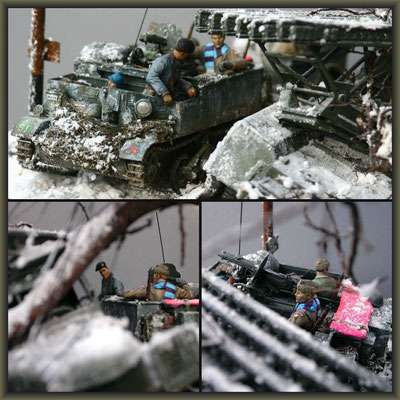 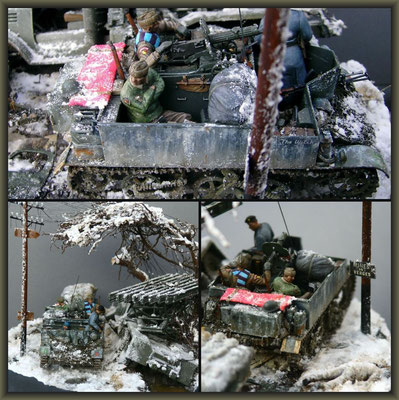