Cavalier or Roundhead? Who will win the battle of The Wooden Horse? Who's side are you on when it comes to the battle of the stye ?

Will it be the dashing and experienced infantry officer in his 'silks', perched on his fine charger, adorned with flintlocks (faced inward here), brandishing his expensive basket-hilt sword with the added advantage of height.

Or will it be the half trained pikeman, who has 'missed the mark' on his first attempt at topping the 'papstist', maybe if he had'nt 'chopped a bit off it' to make it lighter to carry he would have had more luck, and his pike would not have been turned into a pole by his 'lordship'?

He's certainly a bit of a knave, no Helm (too heavy to drag around) and he has'nt even bothered to 'blacken' his armour (it's starting to rust). At least he has retained his thigh protection (Tassets).

The fighting at Newbury then can be compared to the hedgerow fighting of the Norman bocage of 1944,-'no room to swing a cat'.

Perhaps improvisation will carry the day? The 'underdog' has control of the horse and is "coming in fast", perchance his 'Hanger' will strike first? On the other hand, the Gentleman's mount could shift or rear-up and that stye looks a bit slippery! First blood has been drawn and tempers are aflare but who will win the battle of The Wooden Horse?

The answer is neither. It ends here. Our combatants are 'frozen unto eternity' - and that is the way I believe, that all wars should be. 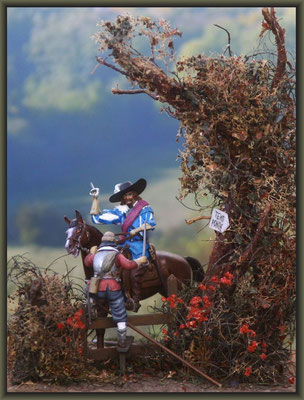 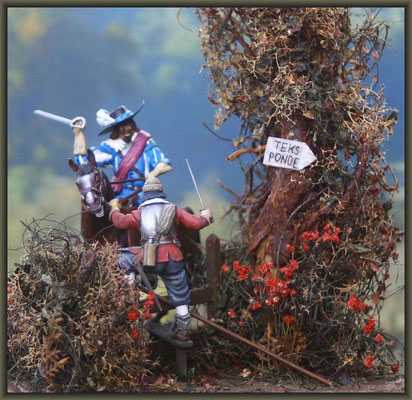 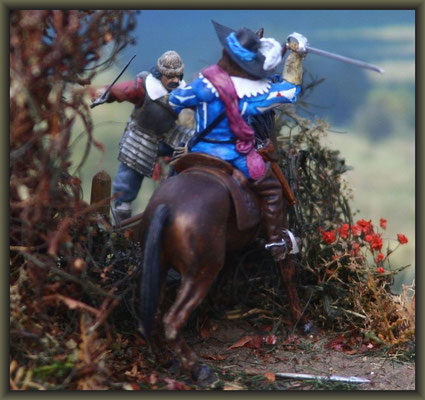 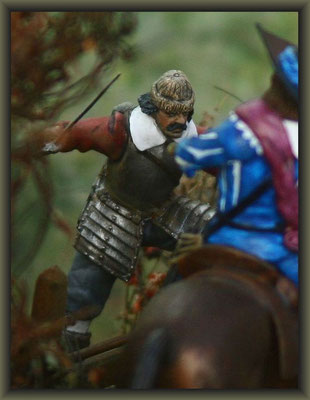 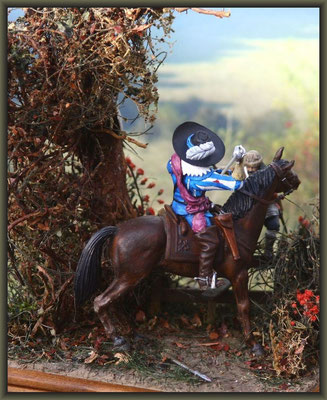 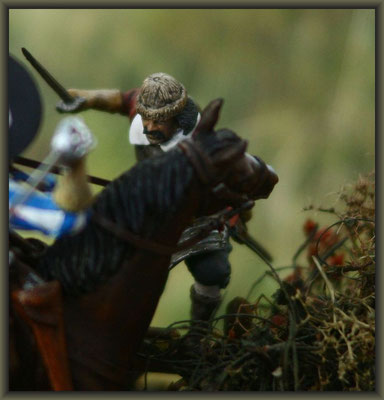 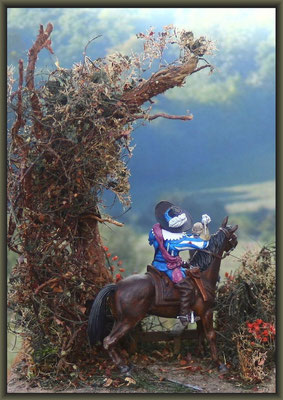 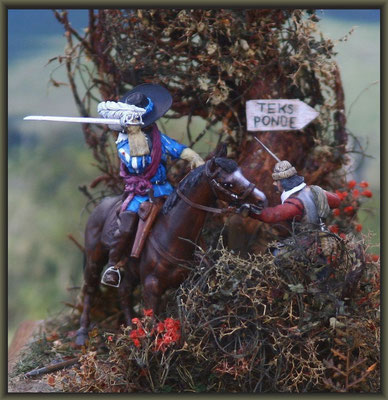 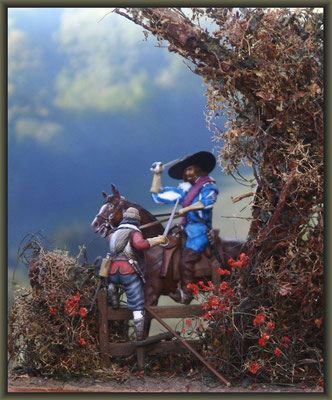 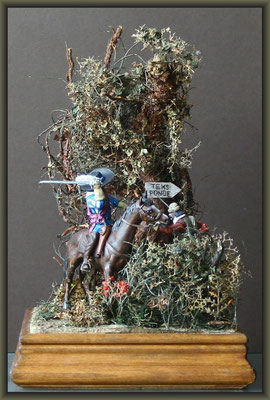 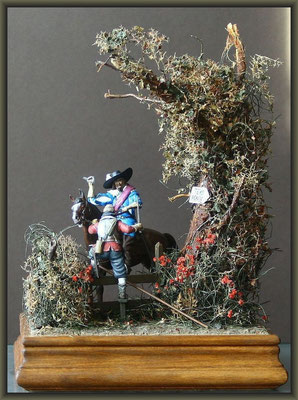 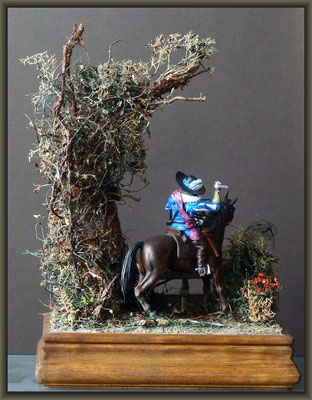 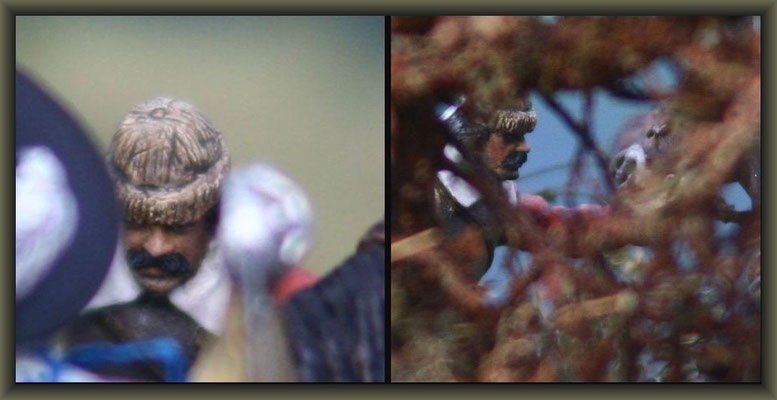 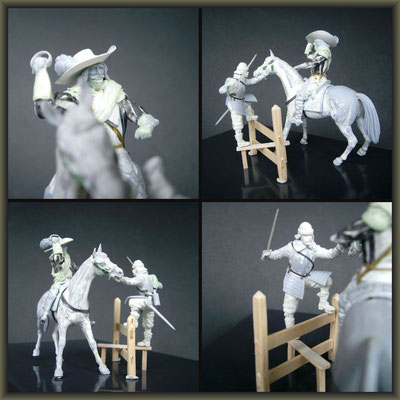 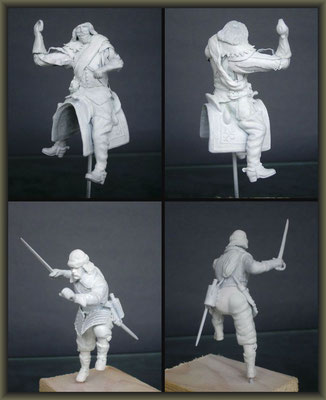