On the 25th of October during the Battle of Balaclava, the British Light Brigade under the command of Major Gen Lord Cardigan, took on the the guns of the 3rd Don Cossack Field Battery. The Russian artillery were lined up at the end of the North Valley.

The attack was originally ordered by the allied commander Lord Raglan, for an assault on the redoubts at Causeway Heights.

He sent his order to Cardigan via one of his ADC's, a certain Captain Edward Nolan. However the order was misconstrued and Cardigan went for the wrong position.

Nolan realising this mistake, galloped forward to change the direction of the charge only to be killed by a shell burst.

The scene depicts two survivors of that notorious charge, a lancer of the 17th Light Dragoons on his officers mount and a trooper of the 11th Hussars as they pause by the body of Captain Nolan.

"The Alpha and Omega of "the valley of death". 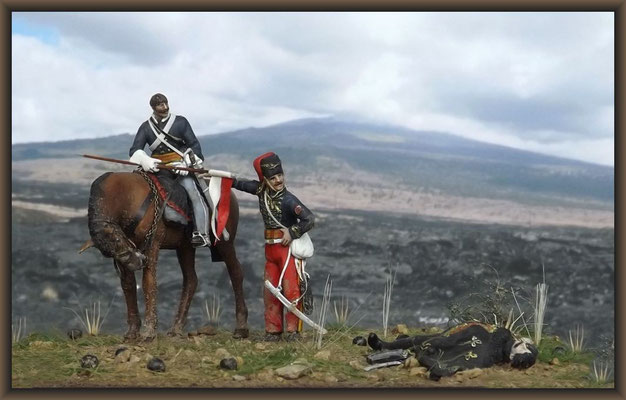 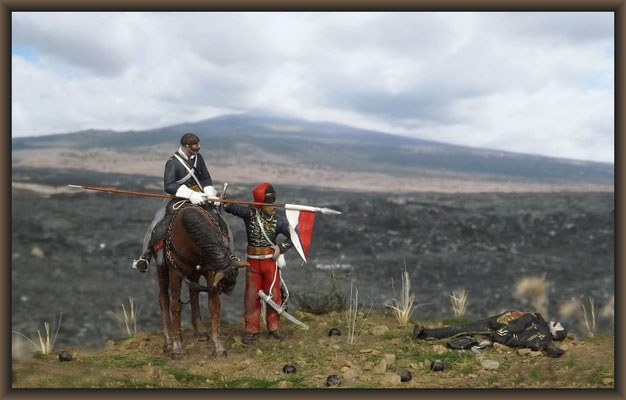 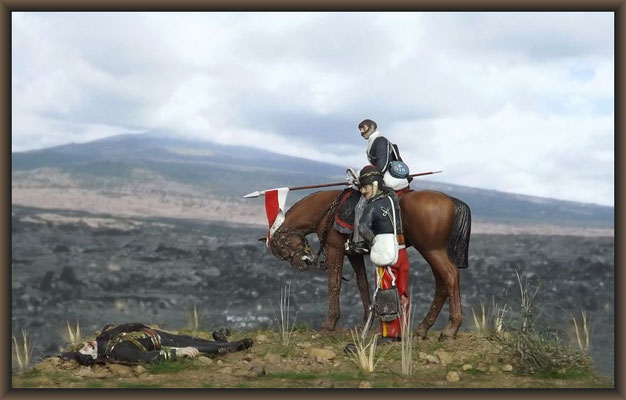 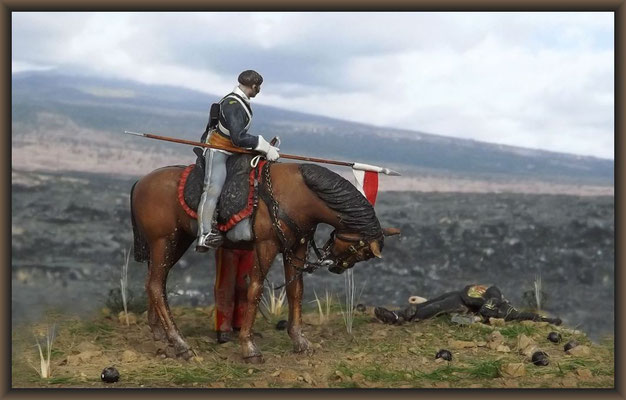 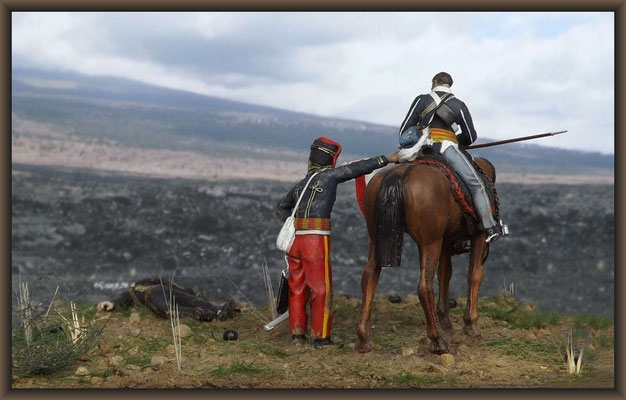 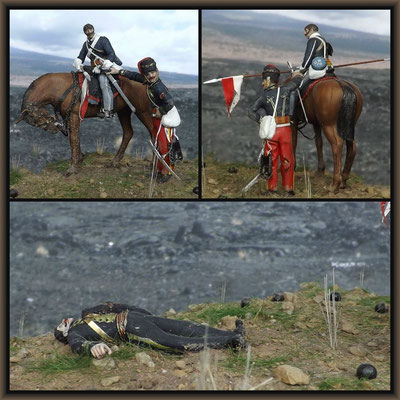 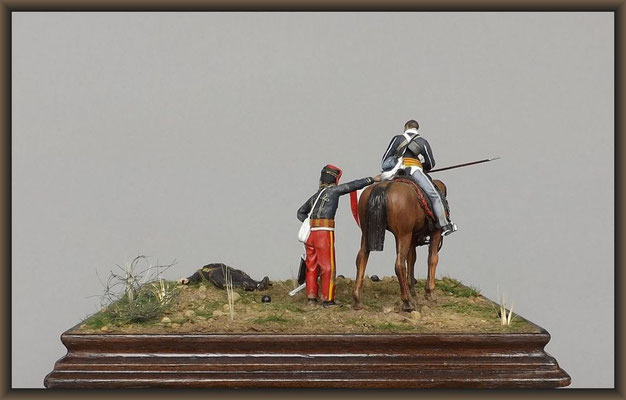 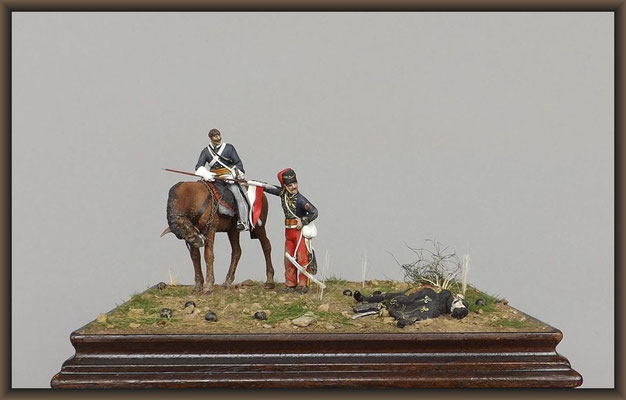 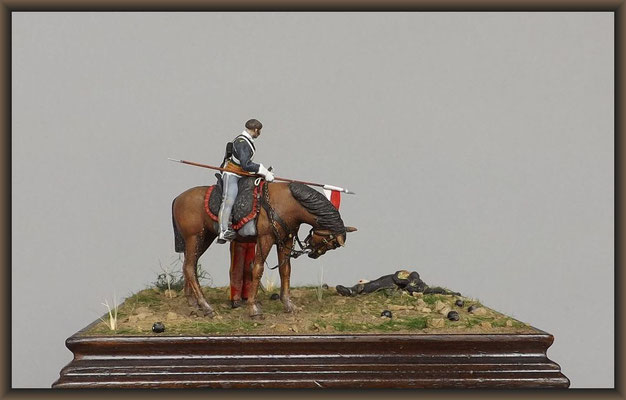 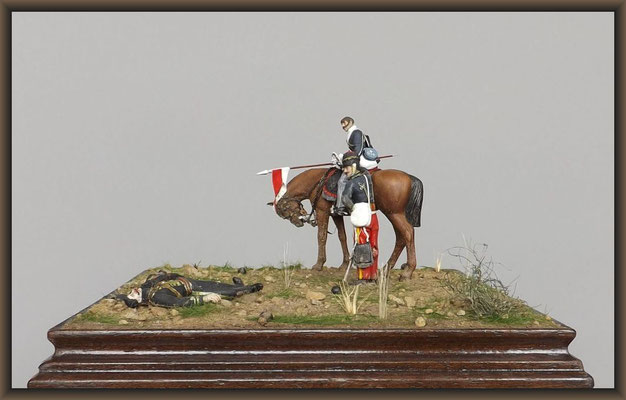 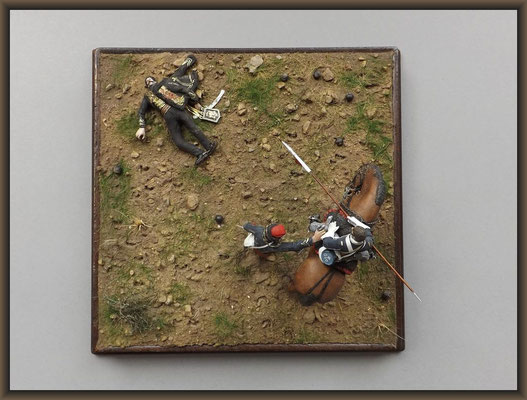