The Battle of Borodino ... the bloodiest day of the Napoleonic wars.

This scene depicts a Russian Life Guard Cuirassier after he has mortally wounded a Polish Officer. He himself has been injured in the arm and has 'lost' his sword. As a Polish Infantryman sprints forward to avenge his Officer... there's just enough strength to cock the pistol ... but can he hit the Voltigeur in time before he 'closes the gap'. 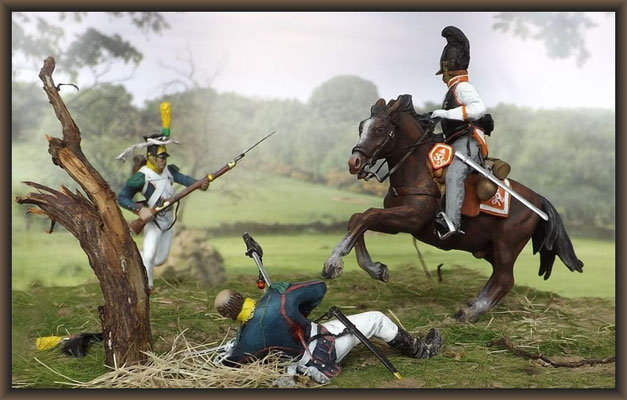 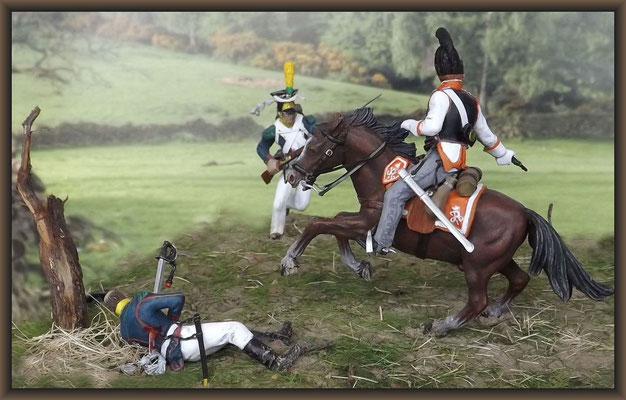 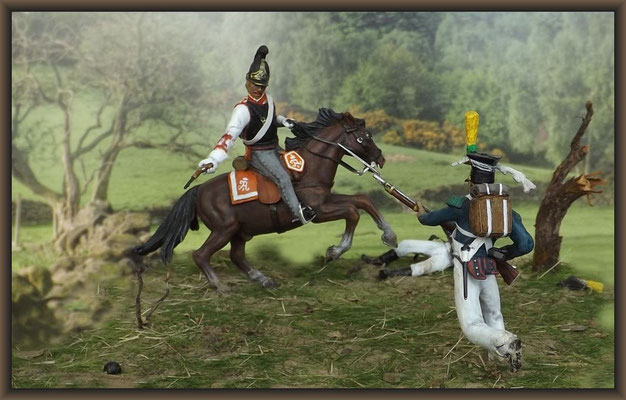 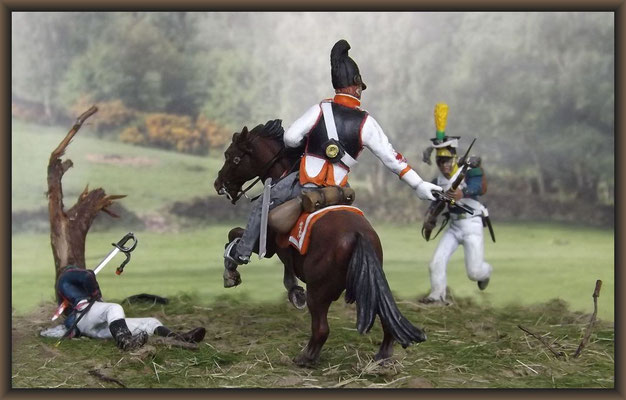 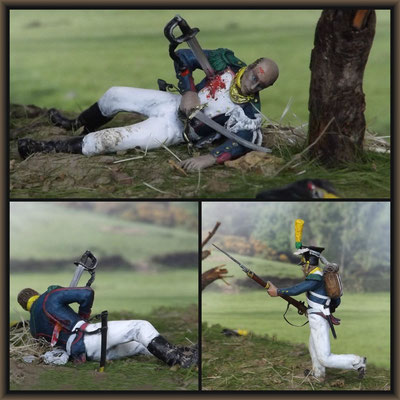 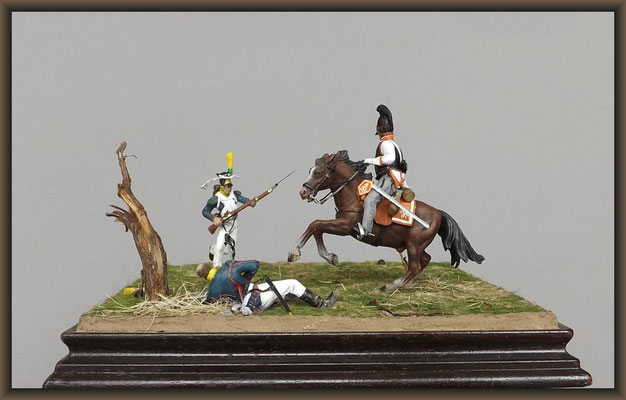 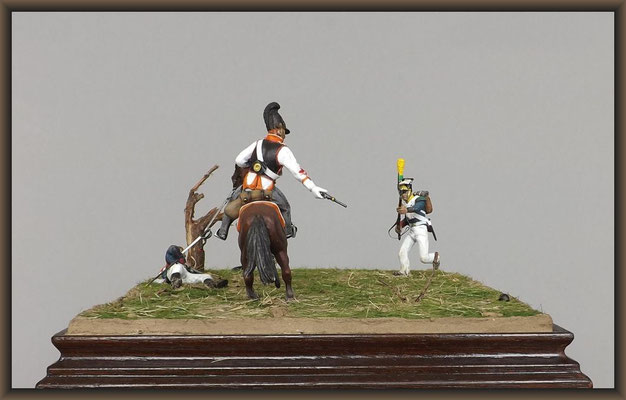 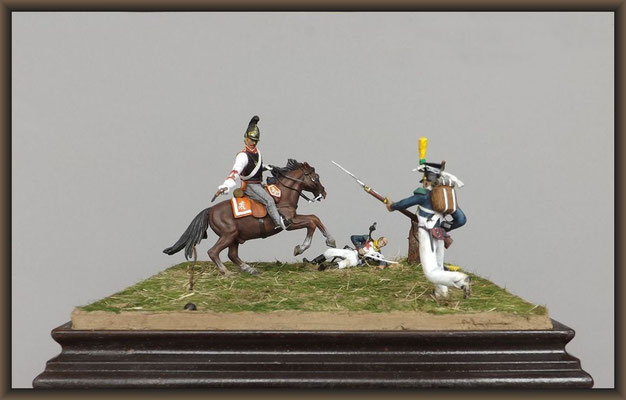 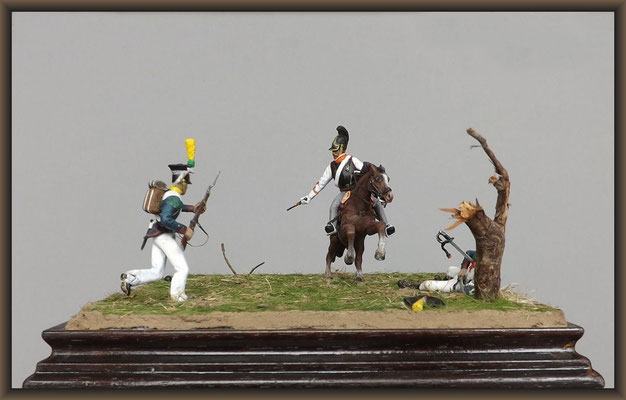 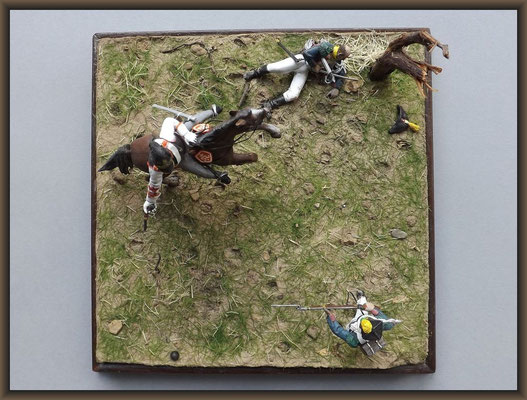